Blind Support Of Government Authority Can Net You Prison Or Worse 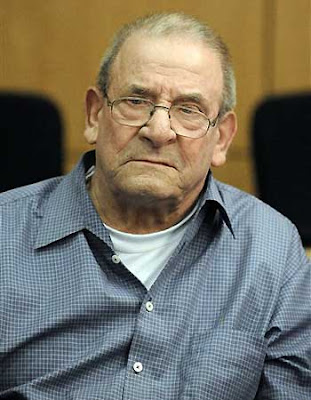 Imagine being a young man who answers a military recruiting poster, goes off to training, combat and follows orders. That sounds so patriotic and wholesome. That is until the government you serve is later found to be a criminal enterprise.

That’s exacting what happened to Heinrich Boere. Boere was living in s suffering economy and needed a job with a future. The lad would also would win a snappy new uniform the young ladies would admire him for wearing. Of 100 applicants, only Boere and 14 others were selected.

That was back in the Nazi occupied Netherlands in 1940. Among the the promise to the new recruits was that they would earn German citizenship and a chance to become a police officer after military service. That was not a bad deal considering he’d be well fed during a difficult economy.

Boere won a coveted spot in a Waffen SS unit. Among his known assignments were, the killing of three Dutch civilians involved in resistance activities. Boere carried out his duty faithfully. Being a soldier and doing your duty in time of war is never fun. You must risk your own life while you’re expected to take other’s lives.

The war ended and the new world authority vested in the USSR, United Kingdom, France and The USA began searching for and punishing various agents of Boere’s fallen government.

Soon Boere was arrested, tried and received a death sentence that was latter reduced to life imprisonment. Boere somehow managed to escape that Netherlands POW camp and flee to Germany. After successfully hiding for nearly seven decades, Boere found himself again arrested, and on trial this time in Aachen, Germany.

So far these are some of the facts that were revealed at Boere’s trial. The trial is in recess until it resumes on December 2. Boere faces the rest of his life in a German prison.

Being an American soldier, cop, judge or other public official does not excuse conduct that one day may be judged by others. The defense of, “I was only following orders.” was shot down by the Nuremberg War Crimes Trial precedent. Today that is the law of the so-called, Free World.
Posted by Paul Huebl Crimefile News at 11/29/2009 06:29:00 AM

If you buy into the "blind allegiance" thing, the opposition may hang you as in the case in point or, worse, your own leaders may turn and make you the bad guy. (Vietnam.)

And if you don't buy into it, you can be tried, convicted and sentenced for not following orders. And the consequences of doing so "in the face of the enemy" are life long (or "shortening").

Either way you can be screwed.

In a similar fashion in other organizations apart from Government why is Susan Atkins name - not as famous as Charles Manson's name. We refer to the Manson murders. I had not heard Susan Atkins name until recently

Susan Atkins was guilty of the horrible murder of Sharon Tate and her unborn child, and apparently also guilty of blind allegiance to Charles Manson.

Why does California refer to the Killing of Sharon Tate as the Manson Murders when Charles Manson was not at the house, and apparently only gave the orders?

Why this double standard?

By putting all the blame on Manson - California covers up that the teenage girl Susan Atkins and others can be mesmerized into blind allegiance and dutifully obey when asked to murder, and as per Nurenberg are as much to blame as Manson