Killing A Nation’s Leader May Be Necessary 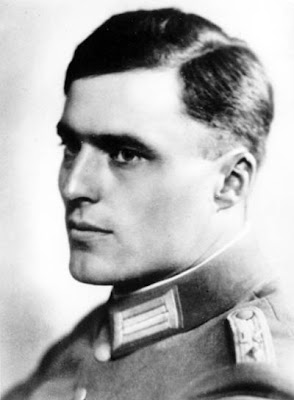 Berlin, Germany—On July 20, 1944, Aldoph Hitler’s idea of Hope and Change was nothing but death and destruction for the German people. There were still patriots around that put country before a politician.

Stauffenberg planted a briefcase bomb in a room where Hitler was directing the war effort in Wolf’s Lair in East Prussia which is now Poland.

Things went wrong and Hitler though wounded survived. Over 200 people were implicated, many tortured but all killed in a legal bloodbath.

Today there is museum with an incredible amount of photographs and documents that shed light on this historical event. It’s is worth a trip to Berlin to see.

Let’s hope there are always brave patriots willing to risk it all for their fellow Americans.

This blog has been shut down.

We have your ISP addresses.

We are coming for you.

You can turn yourself in, or we will drag your family outside, naked.

We will also shoot your dog.

We own this country. You are just our guests.

A thought to keep in mind: If the present occupant of the White House were to be assassinated, the lives of every white person living near a sizable black population would immediately be at risk. I estimate I would have less than half an hour to evacuate my family before the mobs took over the streets of my part of Chicago. I believe it would make little difference if the assassin proved to be black. Remember, this is a population a large portion of which is convinced the aids epidemic was deliberately created by whites to kill off blacks. Not a hair on this man's head must be harmed!

I never new the Secret service was still lookng to arrest those fellows who conspired to kille Adolph Hitler. That was before I was born. That's my story and I'm stickin' to it!

Sucks to be you kilo4/11. You should move to a free state while you can.

While I honestly hope that there is never another presidential assasination (I prefer impeachment and imprisonment), at least I am allowed to defend myself and my family should, "the mobs [take] over."