Sophie Scholl And The White Rose 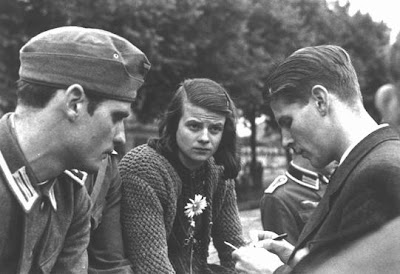 Munich, Germany—On my recent trip to Switzerland and Germany, I spent some quality time at the Bendlerblock military complex in Berlin. This was the origin of that failed internal military, 20 July 1944 bombing plot to kill Adolph Hitler at Wolf’s lair in East Prussia.

Today Bendlerblock is still an operational military facility but it also houses the informative, German Resistance Memorial Center. This museum utilizes the very offices of the key players in the most notorious plot against Hitler. Standing in these rooms is an incredible experience.

For me it was a somewhat emotional experience because I see the same conditions of the old Weimar Republic in our own country that enabled Adolph Hitler.

I’ve been captivated by the shocking and heartbreaking story of 21 year-old, Sophie Scholl. She was an unlikely hero and martyr of a Nazi era, peaceful resistance movement called, The White Rose.

Scholl and others in the movement learned about the summary executions of Russian POWs and the mass killings of Jews and began an effort of peaceful resistance against Hitler’s idea of Hope & Change. Their weapon of choice was writing, printing and distributing leaflets critical of Hitler and National Socialism. That was a death penalty offense.

The wartime atmosphere saw Scholl, her brother Hans Scholl and another member, Christoph Probst arrested and tried by Nazi Judge, Roland Friesler. Friesler convicted the young trio of High Treason and sent them to the guillotine that very same day. 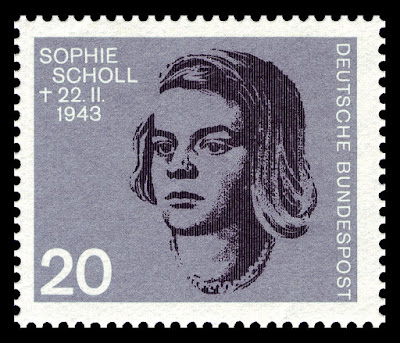 The kids were beheaded in the Stadleheim Prison that's still being used in Munich today. The graves of Scholl and the other two can be found next to the prison.

There has never been an English language film about the White Rose and it is long overdue. I wish I had the funding to produce and make that movie.

Every government on earth is only a heartbeat away from sudden metamorphosis into unimaginable horror. Today, our very own government is on the very edge of tyranny. Americans must be ever vigilant and ready to forcefully fight any curbs on any freedoms for any reason.

Optimism, patience and trust did not protect a single victim of the many holocausts that have stained this earth. Peaceful resistance like that of the White Rose did nothing to stop a despot and restore freedom.

America, please learn from history and don’t let a corrupt despot seize our freedom or tax us into slavery! History is a teacher for those who will pay attention and recognize tyranny is redundant throughout human civilization. Optimism, patience and inaction are killers.

Thank you for posting this info. I am stunned that out of all the holocaust stories (true, of course), movies and books, this is the first I have ever heard this one. My daughter married an Americanized Scholle so the name grabbed my attention. It would be so timely right now to come out with a movie about this in light of the sad state of affairs of this country.

I always liked the little memorial they put on the ground just outside the main entrance of the Ludwig-Maximilans-University in Munich were the siblings Scholl and others of the group got arrested after they threw leaflets from the top floor of the main hall.
Photo: http://en.wikipedia.org/w/index.php?title=White_Rose&oldid=401894014