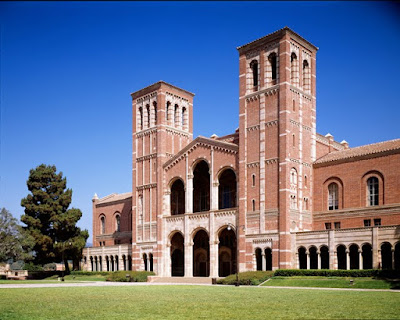 Los Angeles, CA-At the relatively quiet Westwood Village college campus angry students are protesting huge tuition hikes. Students are seeing a 32% increase along with disappearing after school jobs for those who must work to pay their way.

The reality is that this is a disaster sure to derail the educations of thousands of good kids.

The situation has been brought on by reckless spending on various pork, social programs and massive medical care costs for illegal aliens. California’s politicians have attacked productivity for decades and now the punishment is leveled at productive young adults trying to get an education.

Let me go on record saying I support the students and not the politicians. The politicians never make a single concession on their own salaries, benefits, or comforts as they victimize productivity and reward criminality.

This is a sign of what’s gone very wrong in America. Instead of voting for these Communist politicians Americans should be hanging them for treason instead.
Posted by Paul Huebl Crimefile News at 11/20/2009 07:32:00 AM

First, a confession: I *really* had to search to find something questionable in UCLA's courses. Indeed, much of what I saw prompted me to think, "Gee, that sounds interesting -- I'd like to take that class."
But in M133C, History of Prostitution which is scheduled irregularly, the course description includes, "Readings include novels, primary sources, and testimony by sex workers."
I suppose the latter might be useful to LEOs but, then again, uhm, ..., well, ahhh ... (see quote above?).
Seriously, though, going back to school is one of my goals for retirement. There's much to learn and I hope it stays affordable.

OT-Do your research and consider supporting some officers who are running for office.

Brock Merck, a Green Party candidate for Commissioner of the 9th District of Cook County

John Garrido, Republican Party candidate for President of the Cook County Board of Commissioners.
www.Garrido2010.com