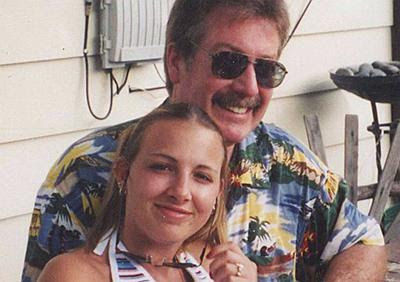 Wow! That says a lot while police still lack Probable Cause to arrest him or anyone for anything. Our all-powerful government can indict a ham sandwich. Once that sandwich is indicted he will have to post bail or sit in the Will County Jail until trial. It will take serious evidence and a jury to establish the corpus delicti, and proof beyond a reasonable doubt before anyone can be punished.

Peterson’s fourth wife Stacy is missing but there is a police presumption that she met with foul play and is now somewhere such as in one of those vast Illinois cornfields rapidly decomposing. The reality is that she is still only missing.

Peterson’s third wife, Kathleen Savio is getting her second autopsy after being found injured and drowned in a bathtub in 2004. It really is more than a little late to now go after Peterson as a viable suspect in this suspicious and already investigated death.

Calling Drew Peterson a suspect is nothing more than an effort by authorities to apply psychological pressure hoping that this will overload Peterson’s current emotional state with the threat of discovery, guilt and punishment. This was the kind of pressure that the celebrated Des Plaines detective, Joseph Kozenczak used to get serial killer John Wayne Gacy to confess nearly three decades earlier. .

Real suspects are always in custody or on the lam. Peterson is neither and he is educated enough to know that fact.

Nobody will be able to paint a picture of Sergeant Drew Peterson of being a model husband but they are far from branding this career cop as a criminal either. He’s been convicted of nothing and on the contrary has an entire career as a cop who we all like to call one of the good guys.

Even if they prove that two of Peterson’s unfortunate wives were murdered they are a long way from having solid evidence that Drew Peterson killed anybody. We will watch as the so called victim’s advocates demand justice for the dead and presumed dead women who were married to this so called suspect.

This investigation has and will continue to be a quest fueled by suspicion and hate rather than real evidence. I predict Peterson will continue to keep is mouth shut and not flee as he slips into his retirement. They will gossip about Peterson during most of the time he remains on this earth. If there is punishment in store for Drew Peterson it will be at the hands of his maker.
Posted by Paul Huebl Crimefile News at 11/10/2007 07:52:00 AM

Supposedly Peterson was suspended Friday due to a citizen complaint or something unrelated to the missing wife, from what I hear...

When this first broke we actually thought he might be innocent...
Then we saw him parading around in his stars and stripes bandana and secret squirrel sunglasses...
He's gotta be crazier than a shithouse rat...

Does anyone know anything about his first two wives?