The Secret Service And The Clinton Administration Secrets 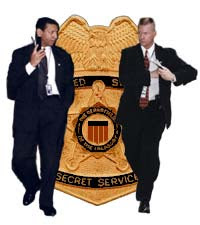 In the Fall of 1993 I went to the Secret Service’s James J Rowley Training Center in Maryland and spent an entire week. This facility was beyond beautiful in its 550 acres that contain the best firing ranges and driving courses on earth. It was an unforgettable week spent with veteran agents there for in service training.

This was also during the first year of the new Clinton Administration. During breaks from various training exercises I was in the midst of many agents assigned to Clinton protective duties. Everyday I had breakfast and lunch with rotating groups of agents at picnic tables. The most frequent topic of conversation was the Clintons, their behavior and proclivities.

The agents all said they liked George Bush, Sr. but loved Ronald Regan. When it came for the Clintons the agent's dislike was an understatement. Some of the often repeated remarks by the agents.

1. The Clintons were always looking for ways to bring their girlfriends in and out of the Whitehouse without required security checks.
2. Many of their friends had rap sheets.
3. Hillary would sleep in the same room as her girlfriend guests where there was only a single bed.
4. Hillary was always excited when “Babs” (Barbara Streisand) was around and always slept with her.
5. Bill had an abundance of girlfriends who slept with him in the Whitehouse.
6. The Clintons were rude and condescending toward agents who were meticulous about doing their jobs and following Secret Service rules.
7. Hillary made a real effort to get several agents fired from the agency. Thankfully they were only reassigned to other duties.
8. The Clintons treated Secret Service agents like they were enemies of the state.
9. There were constant domestic squabbles between the Clintons complete with thrown objects.

These revelations were repeated to me by scores of different agents independent of each other. As these agents told their stories other agents would listen and not suggest that the information was wrong or exaggerated. During this week only one agent complained that that his fellow agents should not be talking about the Clintons. That agent quickly found himself alone at his picnic table during the meals.

I can’t imagine that these agent’s statements were anything less that candid and factual.
Posted by Paul Huebl Crimefile News at 11/08/2007 06:54:00 AM

Doesn't surpise me in the least. Being a retired suburban Chicago Police Officer with over 30 years of service, I had the opportunity to meet up with Arkansas State Police Officers who worked security for the then Bill Clinton Governor, same exact complaints and stories.

If you want the real scoop on these two idiots (the Clintons) read the book "Dereliction of Duty" by Col. Buzz Patterson, an Air Force officer who served as an aide to President Clinton. As a career Air Force pilot seeing combat duty in far flung locales such as Grenada, Bosnia, the Persian Gulf, Somalia and Rwanda, and serving as military aide at the right hand of President Bill Clinton, he has impeccable military bona fides. As the Air Force Aide to Clinton, he carried the "Nuclear Football."
The stories and glimpses behind the scenes at the Clinton White house will leave you shocked and outraged that these two were actually running our country.