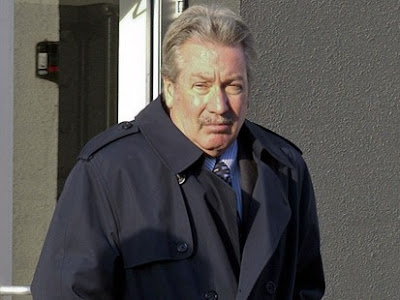 I really hate it when these murder mysteries are turned into entertainment for the dopes watching Greta Van Susteren or that really caustic harpy, Nancy Grace. The public has nothing to offer these stories but deception and confusion. Of course the credibility of these kinds of “news investigations” are hardly enhanced when media organizations use disgraced, former LAPD cop and felon, Mark Fuhrman as their “expert”.

Drew Peterson and his missing wife, 23 year-old, Stacy Peterson are the focus of an intense and media driven possible homicide investigation. Peterson is no more or no less a suspect in this disappearance than any other spouse in a similar situation. This investigation has not even brought forth the bare minimal evidence to establish probable cause for Drew Peterson’s arrest. Unfortunately, that does not prevent or slow the public’s seething hatred; presumption of guilt that surrounds this career policeman like a cheap suit.

As always happens in these high-profile cases, whack-jobs who are in dire need of attention surface and offer their unsubstantiated stories that send cops off on wild goose chases. The wild speculation of media pundits and TV news addicted, armchair detectives begin to build like a category 6 hurricanes. The problem is that it’s only a lot of hot air.

Local, state and federal authorities become overloaded with bogus tips from the likes of pseudo-psychics and well meaning fools with way too much time on their hands.

Now we have the plastic blue barrel tale from a relative of Drew Peterson. The claim is that on the day of Stacy Peterson’s disappearance our hapless suspect sought help moving this barrel, which could have contained a body.

Anyone who believes that a career cop would allow anyone to be a part of or witness such an event is a total moron. There would be no reason for Drew Peterson to involve a third party in such a task.
Posted by Paul Huebl Crimefile News at 11/28/2007 09:42:00 AM

I think you will be proved wrong.
Blue Plastic Barrel will do him in.

Paul, Peterson is a clown minus the red-bulb nose and makeup. This idiot shouldn't be carrying around a gun and a badge.

I just hope this thing pans out one way or another!

Whether he is a clown or not does matter. The facts are, wait there are none.