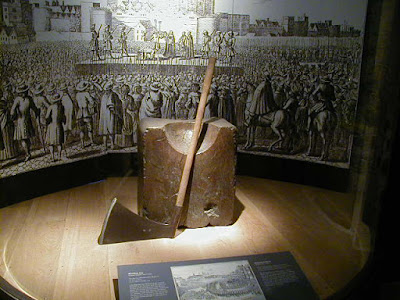 Joliet, IL—So you think Drew Peterson is a jerk. You also suspect that foul play may have claimed two of his four wives lives. You hate the fact that Peterson and his lawyer told anyone who will listen that he’s no killer. You believe the TV pundits like Geraldo Rivera that have declared Peterson guilty. That’s the popular and politically correct opinion these days, so why do we even bother with a trial?

Right now, our nation is giving Muslim terrorists at war with America the very rights that we are refusing a man with a 30 year, career as decorated Bolingbrook cop.

They passed that frightening, Drew Peterson Hearsay Law that denies Peterson and his lawyers the right to confront witnesses against him. They can’t and won’t be using hearsay against the terrorists, so why are we using third party gossip against Peterson?

One thing for sure, the witnesses against Peterson have all been getting fame and fortune. Pathetic and marginal people have gotten lots of TV face time as long as they would implicate Peterson into anything ugly at all.

The Will County Court has painted itself into an untenable corner. The indictment of Peterson was only based on hearsay and the court can only proceed if it determines Peterson is guilty of murder. The jury pool is destroyed forever since they all will know the judge already concluded Peterson is a killer.

Instead of following the rules, a giant end run was made to convict Peterson at any cost. The cost is way too high. Can we count on the Illinois Legislature to find creative ways for every defendant to gain a conviction when fairness and existing law won’t guarantee that verdict?

Will every defendant be subjected to all available court endorsed and ratified gossip and hearsay fantasies of every village idiot that wants to get famous?

This subversion of our criminal justice system in the Drew Peterson must not be allowed to continue. Drew Peterson’s right to a fair trial has been permanently destroyed. I’d expect this kind of extra-legal circus in some banana republic, dictator’s show trial, never in America.

The prosecutors and judges of Will County, Illinois have lowered the bar straight into the toilet. They should all be ashamed to be part of this farce.
Posted by Paul Huebl Crimefile News at 2/17/2010 07:39:00 PM

As much as I dislike Drew and personally suspect based on admittedly shaky evidence that he is guilty of murdering at least one of his wives, I think this is travesty of justice.

For every one bad person taken off the street by a law such as this, 20 innocent or merely scummy people will go to jail.

BAH. I need to wash my soul out with bactine. This is dirty.

If this type of ameture legal prosecution is allowed in this country there will be innoscent people put in prisons across this country just on what a person that ,maybe is not liked by he's neighbors and prisoned on just what someone said ,,thats scary and un-constitutional,,,,,,