Surviving A Shooting Only Was Half The Battle 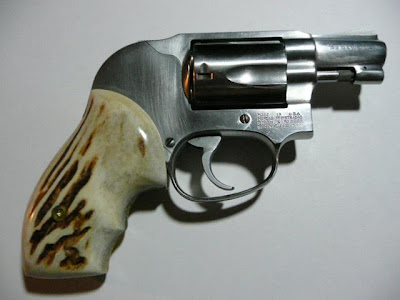 Paradise Valley, AZ—Serving court summonses and other documents can be dangerous. Sometimes the people you must serve are drunk, on drugs, angry and of course armed. Even good people don’t like bad news.

I had to serve an eviction summons on a man and his wife that had not paid rent on a large expensive home for seven months. The man was a white collar criminal who had just lost two expensive cars to the repo man who was now looking for the man’s new Chevrolet Suburban.

Legally drunk and at the end of his rope the man intended to punish me for his troubles. As I served his wife he was out trying to cut the tires of my car. I served the summons and was returning to my car in near total darkness. The angry, drunken man approached me and pistol-whipped me in the head with a .45 semi-automatic.

I was cut and bleeding from two head wounds as I drew my own five shot .38 Smith & Wesson Bodyguard and ordered him to drop his gun twice. Instead he pointed his gun at me and I emptied mine into him. He never fell or dropped his gun although he was critically wounded.

The shooting investigation proved far too big a challenge for a corrupt, inept and incredibly stupid detective of the 23 man, Paradise Valley Police department. That cop had been fired from no less than four police departments and also had a criminal record!

After 18 months the case was resolved when the man I had to shoot and his daughter plead guilty to Perjury, Evidence and Witness Tampering.

This event made me an even stronger gun rights advocate. It also reinforced my own advice to others to never tell police anything beyond asking for a lawyer.

You should have killed the bastard! Old Copper.

In chicago you would be charged with murder one.

good for you buddy. i remember a fews years back when you told me about it. im glad your leaking 'some' if it to the public. "By the grace of God" amen

It's only right to tell your readers how much you spent in legal fees defending yourself, Paul, and lest someone misunderstand what I'm saying, yes, I carry concealed (legally) and am aware of the financial risk, but that's better than dead.

Sounds like a larger caliber weapon would have done a better job and knocked this goof down (permanently).

nice shrouded hammer j frame,what model is that,looks like an older one.