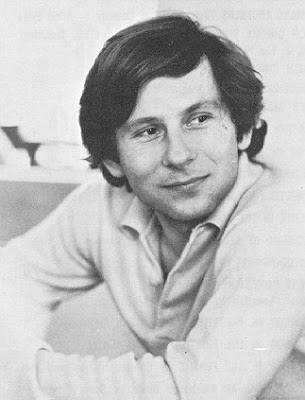 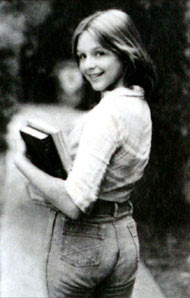 Los Angeles—The Associated Press is reporting that lawyers for Academy Award winning film director, Holocaust survivor and fugitive Roman Polanski have filed a motion in the Superior Court seeking to have the 30 year-old charges dismissed.

The motion alleges new facts uncovered by a recent documentary film revealed prosecutorial and judicial misconduct. The HBO documentary, Roman Polanski: Wanted and Desired was released and reviewd earlier on this blog.

Polanski was prosecuted for consensual sexual relations with Samantha Geimer, then 13 years-old after a romp in actor Jack Nicholson’s hot tub.

Polanski had an incredibly difficult life where Nazi’s murdered his parents and the Manson Gang murdered his beautiful, young pregnant wife, Sharon Tate. Polanski served some prison time but after the late judge, Laurence Rrittenbrand reneged on a plea agreement Polanski fled to France.

Polanski has been punished enough, let him return in peace.

Love your blog, but you are way wrong on this one. Polanski plied the 13 year old, an 8th grader not even in high school, with alcohol and drugs and then vaginally and anally raped her. He should go away to prison forever...not have the charges dropped. The tragedies involving his family are no excuse for special treatment.

I've got no sympathy. The version I've heard, from another writer sympathetic to Polanski, was that he and the girl were drinking champagne in the hot tub, and one thing led to another. Even taking that at face value, well, don't get drunk and give alcohol to a 13 year old girl in a hot tub and expect that to be a mitigating factor in court. More importantly, I simply don't believe that you, I or any other non-elite would get the same breaks and sympathy Polanski has gotten from the celebrity and limousine liberal set. And I think its important for the rule of law that there not be two different standards for regular folks and for hollywood directors (or elected officials, or police, or anyone else).

Can't believe you wrote that. A grown man does not have "consensual" sex with a 13 y.o. girl. He raped her, period. He ran away, and he can damn well stay away, altho he really belongs in prison.

I lost all respect for you.

Polanski was punished under a plea agreement. The judge and prosecutor were involved in chicanery and subverted the system to give Polanski more then others would get at the time. That’s not fair. Polanski did not deserve a free ride just simple fairness.

Depends on your definition of "consensual," according to The Smoking Gun.

Two weeks after Polanski plied her with Champagne and a Quaalude ... where Polanski sat down beside her and kissed the teen, despite her demands that he "keep away." According to Gailey, Polanski then performed a sex act on her and later "started to have intercourse with me." At one point, according to Gailey's testimony, Polanski asked the 13-year-old if she was "on the pill," and "When did you last have your period?" Polanski then asked her, Gailey recalled, "Would you want me to go in through your back?" before he "put his penis in my butt." Asked why she did not more forcefully resist Polanski, the teenager told Deputy D.A. Roger Gunson, "Because I was afraid of him."

If she were my daughter he wouldn't have to worry about prison let alone a trial, he would have been thirty years in the grave.

What would you have done to the first two fellows that she admitted having sex with to the Grand Jury before she met Polanski?

WOW!!! A lot of hyperbole from people who obviously know nothing of the case. If any of you who are pontificating about this case had actually read ALL of the Grand Jury testimony not just that which thesmokinggun.com conveniently left out, you'd know that according to Dr. Edward Larson, the trained physician who examined Ms. Geimer at Parkland Hospital at 11:34 that evening, he found nothing denoting anal or vaginal rape. So if Ms. Geimer testified to having been anally raped twice, there should have been SOME proof in the form of tearing, bleeding, or at the very least, distended tissues. There was nothing in the slides Larson took and passed on to CSU tech Lee Mann who found no fluids belonging to Polanski anywhere in the slides.

As for the alcohol and the champagne, in her Grand Jury testiomony, she stated implicitly that she was shown the Quaalude by Polanski and SHE identified it to him as a Quaalude. He offered it to her, and she admitted she took it. She also admitted that he poured three glasses of Champagne for himself, Helen K (Nicholson's secretary/caretaker) and for Geimer. Samantha admits that SHE took it, he did not ply her with it.

She also admitted to having had sexual intercourse with three other males. Twice with two different boys when she was eight, and with her 18 year-old boyfriend Steve. So please, when do those guys get arrested and tried for haivng sex with her? Why is Polanski the only one who faced charges in this case?

Someone else who should have faced charges was her mother, Susan Gailey for allowing her to run around unattended to the point that Samantha admitted to having tried Quaaludes and alcohol before. Why was it the mother allowed her to go off with a veritable stranger without a chaperone?

The psychiatrist and the probation officer who both prepared reports for the court both stated that this was an isolated incident and both stated that jail and or prison would only compound the problem as neither the mother nor the 'victim' wanted him to face jail or prison time at all. The psychiatrist after having interviewed both the mother and the 'victim' stated that "there was an air of permissivness within the home".... Ergo, Samantha was allowed to run around without supervision. So again I ask, where was the mother?

And to finish, Samantha Geimer has filed two briefs with the court through her lawyer asking for the charged to be dismissed and the case dropped TWICE! Does this sound like some victim of rape wanting justice? Ms. Geimer knows if she were to have to testify before a court IF Polanski as the last resort were to withdraw his plea, she'd be forced to testify in a trial and she'd have to perjure herself or plead the fifth so as to no self-incriminate because there is no proof neithre physically or medically to a rape. She would have to tell that she concocted along with her mother the testimony she did give in the Grand Jury and that in the end, it was after all, consensual. So again, where is this innocent litte 'victim'?