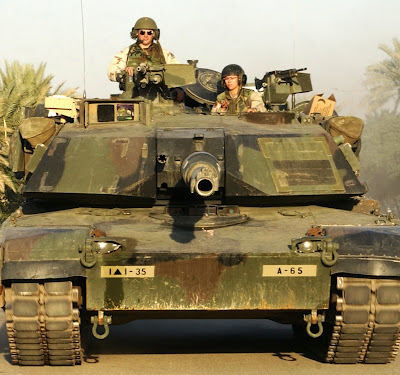 Washington, DC—Most Americans don’t have a clue what this is all about. Simply put the Possse Comitatus Act prevents the government from using the military for law enforcement purposes against Americans in their communities and homes. This vile government activity has been outlawed for 130 years, until now.

The Democratic controlled Congress plans to begin with 20,000 military troops set aside for various domestic enforcement events. Disasters, and terrorist attacks are at the top of their agenda. There is nothing to prevent the suspension of the Constitution and using the military to break into American homes to seize lawfully possessed firearms, cash, gold or valuables to redistribute to others.

Ignorance and bliss by America’s politicians will hale this terrible idea as something wonderful to keep our country strong. It is dangerous to our way of life, freedom and liberty.

We are about to begin a new chapter of political ideology with the election of Barack Obama as President. There are numerous danger signs everywhere that suggest the American Experiment is over with the change.

Whenever a country’s new leader is hailed as the Messiah is when government goes to Hell. All of the worst leaders in history like Adolph Hitler were given the messiah moniker. These political Messiahs always turn into the Antichrist. The Messiah label was always given to the world’s most dangerous cult leaders like Jim Jones.

Homeland Security may need a name change to, Homeland Oppression. We are about to begin a dark chapter in American history.
Posted by Paul Huebl Crimefile News at 12/01/2008 09:05:00 AM

Thanks for sounding the alarm. What do your cop buddies think about this along with the eugenics- plastic leeching estrogen mimicking chemicals into our drinks and foods, FDA now sez melamine ok in infant formula, good old fluoride, coming mandatory vaccination? Beverly Hills cop told me people will soon be too afraid to leave the house and order everything online. Dollar crash soon? Any good news or just hell coming? Not looking good, eh paul?

We have entered into anew era in America.Will the whole country now be run Like Chicago/Crook County??