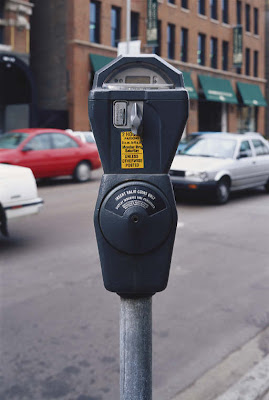 Chicago, IL—Chicago’s Mayor and Aldermen approved a plan to make Chicagoans even more miserable than they are as some of the most overtaxed citizens in the nation.

They are going to let private vendors handle the meters and soon to be increased fees. This hurts business, jobs and citizens alike. Chicago's rank and file cops hate this meter extortion too.

What’s the solution you ask? That’s just too simple, crazy glue, washers, and courage. Hammers and pipe cutter work wonders too. If the meters are destroyed they can’t be used to extort money from anyone. If the cost of meter repair exceeds the revenue they are gone. That’s pure and simple.

The only question I ask Americans is whether or not the participants in the Boston Tea Party would tolerate parking meter extortion by any government?

If you’re picked to sit on a jury for someone accused of parking meter vandalism simply acquit that defendant. Shake his or her hand after the trial and government may just get the message!
Posted by Paul Huebl Crimefile News at 12/06/2008 01:42:00 PM

You have to remember all those crime cameras Chicago's mounting out there.

What TV show show's desk Sergeant said, "Lets be careful out there?"

That was from HILL STREET BLUES!

Paul join the tea party revolt. Find a chapter near you.