Nevada Reverses Kidnapping Case And It Will Help O.J. Simpson 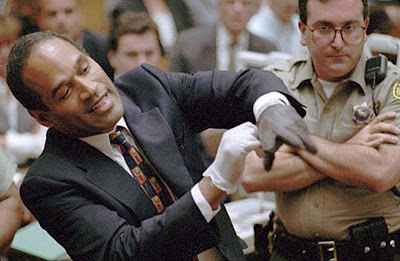 Las Vegas, NV—This Sunday morning O.J. Simpson faces what may be the rest of his life in a Nevada prison. Odds are that without divine intervention the 61 year-old may not live long enough to make parole. He must serve at least nine years and parole is far from guaranteed after serving that minimum portion of the 9 to 33 year sentence.

There is however a somewhat recent case that reversed a kidnapping conviction on a much more egregious case. This suggests that Simpson was over-charged and over-convicted for what should have been a simple armed robbery.

An appeal citing this November 2006 case, may well get Simpson a second chance at a much lighter sentence. Appeals move very slowly and Simpson will be sitting in prison for as long as a couple of years before the Nevada Supreme Court hears and decides his case. In case you were wondering Nevada has no Court of Appeals so his case goes directly to the Nevada Supreme Court.

Simpson’s co-defendant, Stewart will get the same benefit from the ruling. Rather then win new trials these convicts will be re-sentenced on the lesser charge.

Paul re many men 'because its OJ' they want leniency.'

But for me 'because its OJ' I support the penalty although . its too low.

While some do not agree with it,but this is the law of Nevada.
Had he committed the same in Calif it would have been a false imprisonment rather than a kidnapping.
Its OJ fault. in this case. So what happened in Vegas will now be staying in Vegas for at least 9 years.

In the sentencing phase every case is different. Had it been some unwise 21 year old I'd say give him leiancy.but not for OJ.
He admitted he wanted to recover the property solely to keep it from the Goldmans. Thats malice aforethought, not nobility.

As stated in above news piece, had OJ hired a PI to legally recover the property, he'd be singing his golf club.

I never said O.J. was innocent of an offense in Nevada. He was over-charged and over convicted. Nevada case law seems to support that notion. Fairness is what we demand of our criminal justice system.

The guys without the guns get prison.

The guys with the guns get probation.

Nothing wrong there, no sirree.