BATFE Gun Trace Data Is Worthless As An Indicator Of Criminal Use Of Firearms. 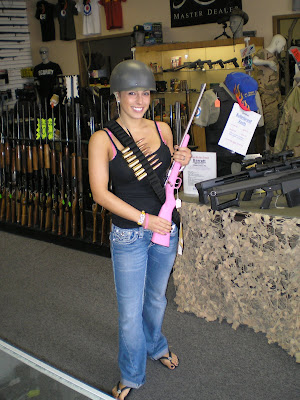 To suggest that all guns traced by BATFE were used in a crime is a flat ignorant statement at best or an outright lie. Gun control groups are always calling traced guns “guns used in crimes” when they are not.

Gun control groups whine that most all traced guns come from the gun friendly Southern states. That’s true of all firearms lawfully moved in America. Distributors and wholesalers simply don’t want to set up shop where they may be forced out of business through over-restrictive regulation.

The BATFE has the ability to trace firearms manufactured or sold through dealers after 1968. The reasons for gun traces are as simple as trying to identify the owner of a gun that is believed to be lost or stolen. Also included in trace searches are guns turned in to police by people disposing of the possessions of their dead relatives. Most often, entire inventories of gun dealers become the subject of an investigative fishing expedition on a spot check basis. The vast majority of gun traces don’t involve a crime at all.

Traces are conducted by BATFE agents or inspectors who simply follow the paper trail for the guns. They begin with the manufacturer’s information of the date it was moved to a wholesale distributor. Then the wholesale distributor has records of the licensed dealers the gun was transferred to. From there The dealers maintain a lot of information on the retail buyer aside from name and address they have physical descriptions and information as to how they were cleared and by who at the FBI for the purchase.

The last known possessor of the firearm is contacted to see if he or she still has the firearm or for the disposition of it.

Guu traces can be requested of BATFE by any law enforcement agency for any reason.

Many thousands of weapons are found to have been confiscated by police, ordered destroyed by courts and still find their way back on to the streets of America. Thousands more guns including machine guns have been reported lost or stolen by government agencies such as the BATFE that's had constant problems safeguarding their own guns.
Posted by Paul Huebl Crimefile News at 12/06/2008 12:05:00 PM

I fine young lady there.Looks like fine parenting skills in this Liberal upsidedown world.Hope she lives in a CCW state so she will never be a victim.

Those lil cricket rifles are so damn cute,bought one for myself(black).Excellent platform for a can.

What is with this fixation with punishing gun owners??The founding Fathers saw fit to make it a right under the Bill of Rights(not privelages).

I agree with SCOTUS on the US V Miller that supports the ownership of smallarms commonly used by the military.

lil Anonymous 1 is so damn cute-- doesn't want anyone to make the mistake of thinking he bought a pink rifle :-o