Without Proof of Citizenship and Photo Identification Elections are Unreliable 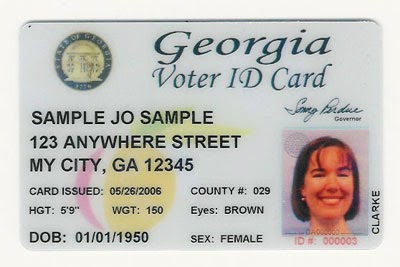 Chicago, IL—Chicago is the home of massive election fraud.   They register the dogs, cats and dead to vote.   In the African-American ghettos there are no Republicans.  The Democratic Precinct Captains own and control the polling places.  The “Republican” election judges are always Democrats masquerading to satisfy legal requirements.
Poll watchers are routinely intimidated, their cars vandalized and the votes are always tabulated in high these crime areas late at night. The reality is the Precinct captains simply vote for every no show voter.  Chicago’s ghetto returns are always the last ones turned into the Recorder’s office.   The Precinct Captain has a lot of work to do because the election judges unpaid helpers making the Captain happy.
The most serious problem today is the 11 million illegal aliens that have as many reasons to stuff our ballot boxes.  They want entitlements and amnesty.   They know that the Democrats are the ones promising them everything they desire despite their trespassing on our soil.  The Democrats also reassure the illegals that they will face no penalties for registering to vote or voting.
The Democrats demand that people be allowed to register and vote without any proof of citizenship or identification.  The motivation for these demands can only to facilitate massive voter fraud.
Democrats know that massive fraud has thrown elections for years.  Democrats have perfected vote fraud.
Frankly the identification requirements to purchase a gun should be equal when it comes to voting in elections.   American elections have been a total farce in every large American city.  No other nation allows people to vote without strict id requirements and proof of citizenship.

Hey Paul, since Chicago Politicians are all so Surveillance Camera Happy, how about we put video surveillance cameras in every Crook County/Chicago Polling Places, subject to FBI Review . Post Signs in rhe Polls that Voters are under FBI Surveillance, and post a Warning about Voter Fraud, and its peison penalty upon conviction. Have U.S. Marshals hold the surveillance tapes for aperiod of 1 year, subject to review upon complaints of Vote Fraud, spot integrity checks by FBI, and along with Voter I.D. Law, we safeguard Election Integrity, and send some criminal Violators to prison, to set a future example to discourage any further illegal voting actions. Haow about that, Mayor Rahm Emanuel, Michael Madigan, Governor Potatohead Quinn, Prikwrinkle, and the redt of the Crook County Democrat Cabal...