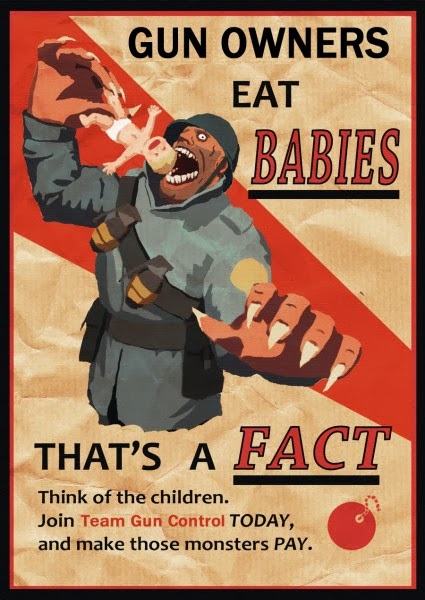 Los Angeles, CA—The heavy populated urban areas of this not so Golden State dictates state law.  The majority of lawmakers in California come from the extreme Left Wing.  They make law after law designed to ban guns.  They never allow the U.S. Constitution get in the way of their Fascist-Marxist agenda.
Since around 1967 the Left has been on a tireless major campaign to demonize gun owners, guns and our Constitution.   They succeeded in getting media assistance with massive misleading propaganda.
Those on the Left fabricated damning statistics out of thin air and gotten millions of people to compromise away their rights to keep and bear arms. The media harped until congress, legislatures, and city councils enacted ban after ban.
The last big and somewhat successful push was under the Clinton Administration.   They were somehow able to redefine military fully-automatic firearms to include hundreds of common semi-automatic rifles and pistols because of simple cosmetic factors.  The new evil term was "Assault Weapons."
In 1994 they succeeded to pass an Assault Weapons ban by a single vote in the Senate and a narrow majority in the House.  It was signed into law.  Two years later the voters removed sores those that voted for the ban in moderate political areas from office.   Politicians learned the hard way that they were misled by the media that greatly exaggerated the level of gun control's  public support.
The banned weapons were actually only involved in about 1% of homicides and the law expired after a decade and has not been renewed.  The now expired law actually had zero impact on crime while it was on the books.
Radio stations across the nation found that politically Conservative talk radio was incredibly popular and more importantly profitable.  Finally the other side of the gun control argument found a voice!
The shrill Leftist propaganda  major mainstream media machines finally found competition and mixed opinions.  The truth was exposed that guns in civilian hands saved far more innocent lives than were ever taken!
Since 1994 every state has been impacted by repealed gun laws and nearly complete reform of Concealed weapon laws!  People are entitled not to just have a gun in their homes but in their cars and on their person for self-defense.
Each new push for a gun ban has backfired on the gun rights haters.  They still are passing various bans only in the few areas controlled by the extremists but the courts have finally stepped in overturning these bans one at a time.  The Constitution is still the law of the land.
The Internet moved forward over the next two decades and blogging was born.   It’s slowly become a powerful form of media that could not be bought by he Marxists like the mainstream media.  Democracy came to to message.  Unlike TV, radio and print media the Internet bloggers could effectively publish text, photos and broadcast quality video.
Wonderful video equipment and editing software was suddenly affordable and Internet providers quickly are beginning to rival broadcast and cable television.   YouTube and other similar sharing sites have made posting video content to the masses a snap.
Making watchable video is an art form.  Broadcasters spent years polishing their, on-camera presence to sound smart and credible.  TelePrompTers can make anyone sound brilliant and now they are affordable too!
Slowly the bloggers are learning the power of video  and have polished their delivery skills like popular TV news personalities.
Just how does this combat anti-gun rights propaganda you ask?  The lies of politicians and mainstream media hacks no longer remain unchallenged because of media monopolies. As the lies are told they are quickly taken apart by talk radio and Internet content providers.
Facebook has exploded in political discussion and gun control groups have recently been shot down in efforts to ban postings related to pro-Second Amendment discussion.
Think about that for a moment.  The people wanting to ban guns don’t want anyone to publish anything on Social Media expressing a different point of view!   Not only have the attacked the Second Amendment but now the First Amendment too!
The bully pulpit of the Mainstream media that enabled them to tell us what public opinion was and should be about gun control is now all but neutralized.  Its influence is no longer controlling thought in America.
For each demand for a new gun ban or registration scheme, voices from all over America are now heard.  That old saying that he who controls the message controls the world.
People are becoming educated as to the failure of gun control to curb crime and the nefarious motives of those advocating surrendering our rights to defend families, nation and ourselves.
The only way that people not despots will control us is by shutting down or censoring the Internet.  Many Nations run by criminal regimes have done just that.
All American should be ready use force and violence to prevent the taxation, censoring or any effort to block free speech on the Internet. Freedom is not free you must fight for it.