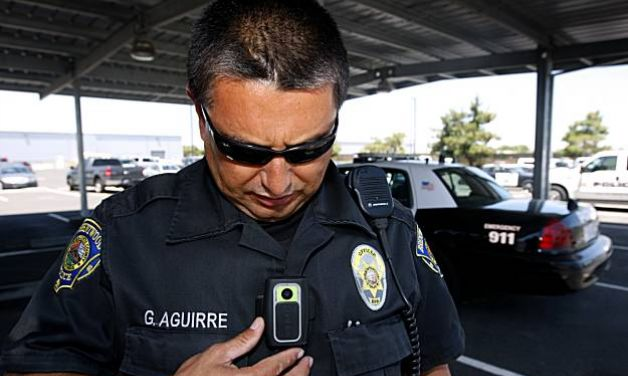 Rialto, CA—Recent published news reports claim that the use of force by police here has dropped by 60% and citizen complaints against officers are down a whopping 88%.  They attribute this to the new program of having cops wear video cameras that document every interaction with the citizenry.
That was a predictable outcome since cops must constantly deal with troublemakers.   The behavior challenged miscreants are understandably camera shy when it comes to acting out when they know their antics will be displayed on the big screen in their nearest courtroom.
There is a serious and deepening division between the police and people with that certain anti-police mindset.  This was created by the political Left Wing.
It’s funny that the Democrats complain the most about the enforcement of the very laws their favorite politicians have passed into law! They don’t blame those despotic freedom-hating politicians but instead fault the cops!
I’ve learned through significant experience that troublemakers are nearly all Democrats.  Well-behaved people tend to come from the entire political spectrum.
Few political Conservatives are breaking laws or breaching the peace by comparison.
The Loony Left Wing never saw a law they did not love.  They want to regulate everything from the child’s lemonade stand to arresting bakers that don’t want to make a wedding cake for Gay couples with two grooms.
Mandatory seat belts, helmet laws, sugary drink and plastic bag bans along with every conceivable gun ban are being placed in our law books faster then they can publish them.
Our cops are being forced more and more to enforce laws allegedly protecting us from ourselves that really only exist to generate cash for government coffers. Cops have been turned into to government extortionists.
Cops here are now feared like they were in Nazi Germany, the Soviet Union and North Korea.  Cops are finding them selves hated as they enforce laws that are really anti-freedom.
Liberals are constantly scheming to create more unworkable parking laws intended to generate huge fines and car towing charges.   They scheme with private contractors to create various photo traffic traps that generate cash rather than for public safety.
What they have actually created are millions more difficult confrontations between cops and citizens.  The cop is no longer there to help you but to rob you on behalf of an increasingly Fascist government.  More confrontations simply mean we will have more hate and violence.
We can reverse all of this or risk creating the kind of government we’ve fought so many wars to avoid.