A Sad Tale About Chicago’s Assisting the Mentally Ill… 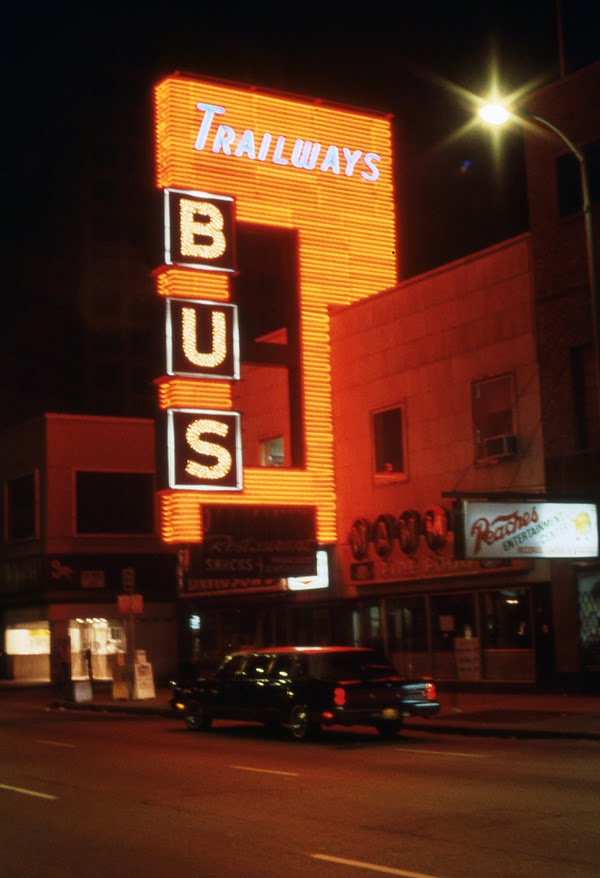 Chicago, IL—In Chicago like most cops I had a part-time security gig.  I handled security for the now long gone Continental Trailways Bus Company located at 20 East Randolph.

I had to deal with pimps looking for runaway girls needed for their stables.  Pick pockets, purse-snatchers, baggage thieves, drug addicts and sex-perverts all loved bus and train stations.   Dealing with this culture took a lot of tough love.  Yes, I had some epic and unforgettable battles that sent lots business to the local emergency rooms and the old 001 police lockup at 1121 South State street.
There were times I’d encounter people in real need and helping them was often a challenge.  I sent many people to area shelters and places where they could score a free meal.  I’d find vulnerable and desperate runaway girls in need of social services.  I gave the Salvation Army hundreds of customers over the years.
One day in about 1971, I came into the depot and saw that officers were dealing with a man found removing a brown paper bag containing his life savings,  $70,000.00 from a rental storage locker.
The man was on a layover from New York to Los Angeles, CA to take a new job as an aircraft machinist.
A concerned woman saw his cash bag and called the police.  They arrived and the man was very livid and demanded to be left alone. He said he put the bag in a locker because he wanted to walk around and see some local sights.
A sergeant decided that the man should be sent to the Reed Zone Center to get his clock rewound.  In simple English that simply meant taking him to a mental facility for emergency care and observation.
The fun began!  These mental health referrals always bring lawyers appointed as guardians, court dates and of course mental health evaluations.  The man’s cash was inventoried and placed into the police evidence and recovered property section.
The court determined that the man was not indigent so his treatment costs, temporary legal guardian should not burden the taxpayers.  What should have been a three-day event lasted three weeks.  A judge ordered that the man’s money be released to the guardian for proper distribution and safekeeping.
Finally the man was found to be sane and perfectly able to care for himself and was released.   The poor man came back to Trailways in tears and I had a chat with him.
The hapless man told me he now needed a ticket to return to New York because the new job he’d found in California had been filled by someone else.  He showed me a check made out to him by his guardian for $2,800.00.  He said that they used nearly all of his money for the “services” that they provided him over his three weeks in Hell.
The poor fellow needed help because no bank would cash the check from the legal guardian.  He now had no cash to buy a bus ticket.  I sent him off to the Salvation Army for help.  I never saw him again.
This was just one more example of just how helpful a Progressive Nanny Government can be.
Like the old 1950’s TV Show, Naked City’s narrator would say, “There are Eight million stories in the Naked City and this has been one of them”.
Posted by Paul Huebl Crimefile News at 3/26/2014 03:30:00 AM

See what happens when "a concerned woman tries to help." They completely ruin a persons life. People should mind their own business, and never, ever call the police unless someone or something is actually being hurt or stolen.

“Of all tyrannies, a tyranny sincerely exercised for the good of its victims may be the most oppressive. It would be better to live under robber barons than under omnipotent moral busybodies. The robber baron's cruelty may sometimes sleep, his cupidity may at some point be satiated; but those who torment us for our own good will torment us without end for they do so with the approval of their own conscience.”
― C.S. Lewis

Wow! I know it was a different time back then but why in the world did the police get involved in the first place? It sounds like the guy committed no crime and wasn't bothering anyone. The responding cops should have told the woman to take a hike and let the guy go about his business. It was not "the system" that is to blame. It was the responding cops who decided to screw with the guy for his own good. Shame on everyone involved.

Cops are the sine qua non of "the system." In other words, no cops, no system.

Unless by some miracle the cops were all like Mr. Huebl . . .