The Real Danger of Not Protecting Free Speech 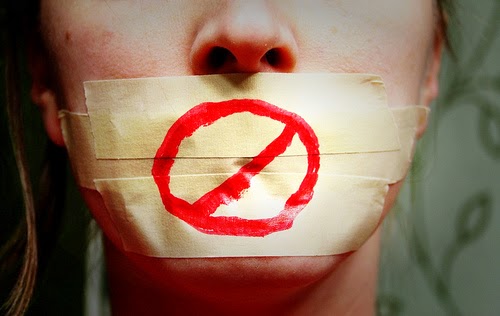 Los Angeles, CA—Pornography, hate speech and Rock & Roll music have all come under attack in America.  The religious misfits of the Westboro Baptist Church disrupt funerals of our fallen soldiers carrying their disjointed messages of hate.  In the 1970’s neo-Nazis sought to picket Skokie, IL, which was where many Concentration Camp survivors were still living.
Repugnant words, displays, videos seem to be everywhere.  Certainly political messages many of us despise assault us everywhere.  We can’t seem to find refuge from something offensive.   Many ignorant people in this land demand strict laws to curb offensive speech.
There really is no happy medium or acceptable compromise.  What we create when we try are subjective judgments of vague words like immoral, obscene or hateful.  When does art become pornography?  When is disagreement hate?
The best way we can determine what Americans want politically is through allowing unfettered free speech.
We don’t really have freedom of thought or expression even though it’s the law of the land.  For example you write a blog like mine and you freely express your opinion it could be a liability.
These days, potential employers conduct routine Internet searches of applicants and if they don’t like what you published they will discriminate against you.  That’s all too common in the entertainment and news business.
Hate speech is a certain sign that freedom still exists in this nation.  It should really be music to our ears.
If certain speech is outlawed than people become too afraid to express their true opinions.  Despots like Castro, Hitler and Stalin loved to brag how they are supported by 100% of their populations.  Not all of the seemingly adoring Germans loved Hitler.  There was a severe price to pay if you did not display reverence for the swastika and Hitler.  We will never know just how unpopular Hitler was after he invaded Poland and the USSR.
Communists and Nazis demand loyalty of everyone they rule.  Severe penalties were levied against people they merely suspected may not have liked their form of government or leaders.
Anonymous letters and phone calls suggesting disloyalty were always sufficient evidence for the Gestapo, KGB or Stazi to remove a couple’s children out for adoption or even to an orphanage.
After 1939 Nazi Germany used the fact that they were at war as an excuse to hang people that refused to give the Hitler salute or were caught listening to foreign radio broadcasts.   American or British style Swing Dance music was viewed as enemy propaganda and there was always some draconian form of punishment for minimal resistance.
Suggesting in any way that Nazi Germany or the USSR was violating human rights or that those forms of government were simply inadequate could and did often bring the death penalty.
What we seem to somehow forget is that East German Communists were killing anyone they could trying to escape to the West until the Wall came down in 1989.  I can’t help but believe fleeing Communism is yet another form of speech.
Make no mistake Communists are in the Halls of our Congress and the Whitehouse today.  Their constant assault on liberty, freedom and the Bill of Rights has heralded their true loyalties.  Their actions speak clearly for them despite their claimed political party labels.
Yes, I’d spit on Barack Obama because of the Red Color of his politics and constant lies.  So far, government should not be able to punish me for saying that.  I’m proud to say I detest Obama and all that he stands for.
Frankly, I see it as my duty as an American to spill a lot of blood including my own before I let government muzzle me.  There is no freedom without free speech.
Posted by Paul Huebl Crimefile News at 3/16/2014 01:40:00 PM

Amen, Paul; these are dangerous times, indeed. I have wondered, as I watch the obedient media, do they not recall from history, what fascist regimes do to journalists? What they do to religious organizations? What they do to any citizen, for any--or no--reason? I often read of history books being revised, so as not to "upset" the students who will read those books. I have, within the last couple days, read of a serviceman (Sgt. Gary Stein) being disciplined for expressing an unwillingness to obey unlawful orders by obama. I do realize that servicemen do not have quite the same Constitutional rights to free speech that civilians have. But I would think that expressing unwillingness to follow unlawful orders would be applauded, rather than punished. Didn't the Nazis being tried at the Nuremburg trials, following World War II, attempt to justify their actions by saying that they were simply following orders? And didn't the prosecuting attorneys remind them that they could not use that as an excuse, that they have a prior duty, superior to their obligation to their commanders, to resist orders they know to be unlawful? Even the fact that everyone pretty much knew that, in the Wehrmacht, that kind of individual resistance would be met with death, would not absolve them.

Great post. I recommend reading "Blacklisted by History: The Untold Story of Senator Joe McCarthy and His Fight Against America's Enemies" for a really scary glimpse about how many communists have invaded our government in the past. It's even worse today.

Amen Paul. We are now living through the uncloaking of the New Bolsheviks and their agenda. Let's all remember that this regime, who's descendant are now those pulling Obama's strings and running our privately owned central banks, killed more than 100 million people AND have designs on doing the same here.

Arm yourself, tune out the mainstream media, tune in Infowars.com, rense.com and other alternatives.