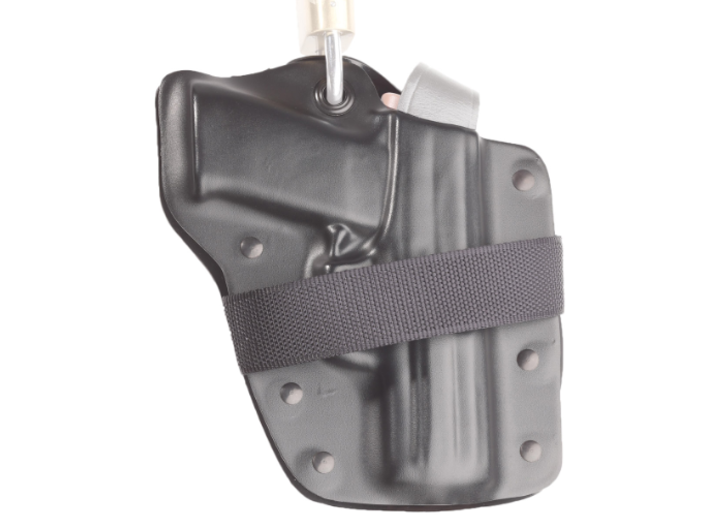 New York, NY—With the capping off of the symbolic tower that replaced the World Trade Center I thought I’d show you the latest TSA folly.  It’s in the picture above.
No matter how you analyze the September 11, 2001 terror attack on America it was the result of FAA’s fear of armed pilots and off duty cops.   Then there was the cultural weakness of Americans in general.
First I blame the new American Nanny Culture that seemed to dictate that American plane passengers must sit and wait for authorities to deal with crime instead of resorting to self-help for survival.  Many passengers actually thought they were really doing something helpful by calling 911 from their doomed aircraft.
Politicians honored the “heroic” actions of the brave young men on Flight 93.  Actually they too were brainwashed by the Nanny Culture because their actions only came after the cockpit was breached. They did nothing until after they took votes among themselves on whether to resist the hijackers.
When I gathered the driver’s license information on the 9/11 terrorists for the news media I found something unsettling.   They were all little men!  They’re average height and weight was 5’5” and 140 pounds!  They were no bigger than most American women!
History should have made it clear to the passengers that no Muslim terrorist event ever ended peacefully.  For those doomed passengers it was either they fight for their life or die.   Sadly we know what their choice was.
Aside from forfeiting their own lives by cowering in their seats they also sacrificed the lives of the people inside the World Trade Center and the Pentagon.
The politicians and media simply never once uttered a word about the pre-programed mental conditioning or cowardice of those dead passengers.
Since 9/11 we’ve spent hundreds of billions on Security Theater and the TSA.  As of today the only efforts at terrorism were not stopped by the TSA but by ordinary passengers.
Fast-forward to today and all that’s happened is the airlines have had to fight monumental battles avoiding bankruptcy, pilot shortages and TSA nonsense.
Our government created the Federal Flight Deck Officer’s program to arm a few pilots that specifically volunteered for the program.  That plan consisted of re-vetting the backgrounds and mental health of pilots deemed worthy of trust to handle a firearm.
I guess a gun in the mind of brain-dead bureaucrats is somehow more dangerous than a passenger and fuel loaded commercial jet.
They trained the FFDO’s like every other armed federal officer.  However unlike cops or federal officers they FFDOs are not trusted or permitted to carry firearms outside of the locked cockpit of their airplane!
Initially the clowns over at the TSA designed a holster with a padlock that rested directly and dangerously on the trigger of the FFDO’s gun.  At least one accidental discharge in a cockpit aboard a US Airways jet resulted from that faulty design.
Next that holster was retired and FFDO’s were forced to carry the gun in a heavy locked vault style box that was cumbersome and punishing.  Needless to say many FFDO’s quit the program.
The current joke is the container pictured at the top of this story.  It has a padlock but this time it is away from the trigger.  It makes the gun inaccessible and useless to the FFDO until he’s locked in the cockpit.
However the new case is an improvement from the boxes but the FFDO's must purchase them with their own funds if they wish to discard the heavy boxes.
The FFDO’s should be carrying firearms like cops and other federal officers.  Their intensive training should benefit passengers from the moment they enter airports until they leave them.
Every commercial pilot should be trained and armed or be forced to retire if they refuse that duty.
I want to add the sad truth that there were two off-duty trained and sworn cops on two of the four planes involved in the 9/11 attack.  They too perished.  No pilot was allowed to carry a firearm back then.
Our politicians have created a Constitutional mess by creating the lawless albatross called the TSA.  It serves little purpose but to allow otherwise unemployable people rob, molest and annoy passengers giving some of them a false sense of security.
I will leave you with two simple questions.  Had those 9/11 pilots and off duty cops been armed would 3,000 people still have perished?  Would we have suffered billions in property damage and business interruption?  I think the answer is obvious.
Posted by Paul Huebl Crimefile News at 3/07/2014 08:28:00 AM

Great post. I agree with everything you said. The politicians are to blame for the terrible state of affairs in this country. Vote them all out of office!

Thank you for telling us about what would probably be FUBAR # 1,000,000,001 on the list of absurd ideas either acted on or promoted by that clown college we prefer to call the federal government. It is of course impossible for such a list to exist because the proliferation of this nonsense has gained so much momentum in recent years that we’re literally being overwhelmed by it. The task of maintaining such a list would be akin to counting rain drops in a thunderstorm.

Americans are no strangers to the phenomena of bureaucratic absurdity regularly burping forth from the dysfunctional minds of government employees. The federal government has always been a welcoming haven for the mentally deficient and they find great reward there. Indeed, stupidity as a virtue is an entrenched characteristic of the agencies of our government and every effort to combat it has failed. As a result we’ve become fatigued by the struggle and are subconsciously suppressing our awareness of it. Put simply; we’re tired and we’re just ignoring it.

Ignoring it however has resulted in the worst possible consequences. Over the years public outrage has served us well as a means to regulate their deviance but due to our fatigue that safety valve no longer exists. They are now freed of their intellectual shackles. The tyranny of common sense and reason no longer holds sway and they’re running helter skelter.

They’re coming out of the closet, they’re coming up your street and they’re sitting with you at your breakfast table! They’re creating a brave new world where they shall be the masters. The collapse of our resistance has infused them a newfound sense of purpose. They’ve morphed into beings of angry indignation, certain sure of themselves and confident in an irrational belief we have no ability to manage our own lives and it is only by their intervention that our society can be secure from failure. They believe themselves critical to our health and safety and that we are nothing more then children. I call this new fanaticism, “the audacity of absurdity” (yes our president did inspire that and he certainly is the poster child).

I applaud you Paul and the articles you write. You are a warrior for good in this battle and it’s not going to be easy. Our enemy is infused with the strength of a religious fervor and history teaches us well that nothing is as potent as a man who believe he toils selflessly for the benefit of a greater good.