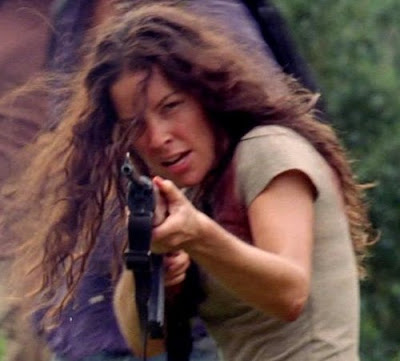 Tucson, AZ—Today’s shooting brought on lots of screaming by the loony Left and gun control zealots. They want to blame Conservative radio, Internet bloggers and the NRA for the shooting.

The facts are showing that a disturbed young man with confusing and rambling rhetoric made a planned attack. The motive is beyond comprehension. The main victims were a moderate Democratic pro-gun rights Congresswoman and a George H.W. Bush appointee to the Federal bench. These are hardly the targets of choice for angry Conservatives.

As for the loony Left, I say beware! When you force a foreign way of life on formerly free people some won’t take it well and will resort to violence. The Socialists in our government know full well that they risk their lives stealing freedom. The Fascist bastards have all doubled and tripled up bodyguards, unlike today’s victims.

Americans have risen up in violence during the revolutionary and Civil Wars. It is bound to happen again. Politicians that steal money and liberty from Americans deserve a despot’s violent death. For every action there is a reaction. Darwin’s law applies to politicians too. Some are not fit to live.

The loony Left needs to understand the Second Amendment is there to stop them dead in their tracks!
Posted by Paul Huebl Crimefile News at 1/08/2011 04:35:00 PM

What is past is prologue. You do not have to be a radical politician to be massacred by a nut job.

"The loony Left needs to understand the Second Amendment is there to stop them dead in their tracks!"

Spot on.Why is this a difficult concept for people??Its a fundamental right not a collective one or a privelage.

Killing all the criminal politicians, judges, bureaucrats, ceo's etc. is every patriots wet dream...but PLEASE, don't whack innocent little kids. If you don't have a clear shot, don't take it. Really bugs me when I hear kids are shot in these cases.

When I see the thousands of Iraqi and Afghan kids that have been blown up by drones, it makes me wonder about the management. Are they incompetents and/or just sadistic killers.