Berlin, A Tale of Two Cities 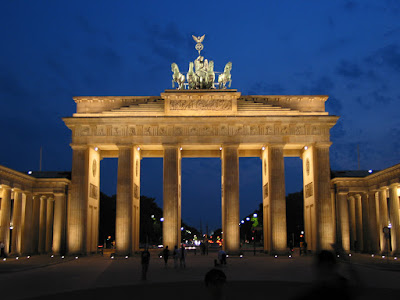 Berlin, Germany—This is for all those social engineers out there that think Socialism has a better way. Some thinkers that believe that Socialism is more generous to the less fortunate and the old American capitalist system is somehow less humane.

Berlin became a grand test tube for the experiment in 1961 when the Berlin Wall went up. The wall stayed up until Communism fell in 1989. There were two societies with the exact same genetic DNA living side by side separated only by bricks, mortar, barbed wire mines and guns.

In those years West Berlin inhabitants prospered, their people had a great life. The welfare rolls were slim only containing the dependant children, disabled and elderly. The West German model made few Welfare Zombies.

East Berlin on the other hand had a handout society for the idle, lazy and uninspired. Poverty and a mundane life of sacrifice and denial came with the handout. Some here had cars. Not the flashy and reliable Mercedes and BMWs of the West, but stinky little cars that could not sustain a 150 mile trip without a breakdown. The America Chevrolet Vegas or Ford Pintos were superior to these dangerous crap East German machines. 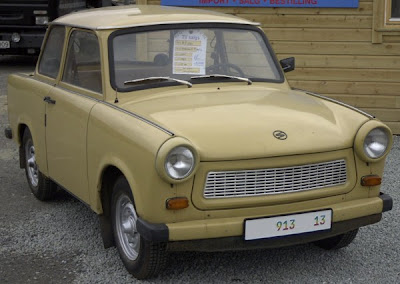 What happened was obvious the folks in the West got better educations, and a dream life. The folks in the East merely reproduced and existed. In 1989 the wall came down. The people in the East now had the freedom but no clue how to deal with it. They had become Welfare Zombies. The people of the West now must support generations of their pathetic cousins from the East.

The jails of the West quickly filled up with the former Communists as graffiti and litter suddenly became a problem in the West that never existed before. Today most folks in the West wish that the East Germans stayed in the East rather than pollute the population of the West.

In the long run the Socialist welfare society destroyed millions of what could have been productive lives.

Socialism is the same everywhere. It breeds poverty, crime, as it kills productivity and pride.

Our founding fathers had a better idea but the Socialists will never give up their goal for a one world Socialist government. Americans must fight to protect and defend the Constitution and our way of life.

We are under attack from many Communists in our Congress and Whitehouse. We must act accordingly with the tools our founders gave us or we deserve what we have and what we will get later. Frankly we’d all be better off dead than Red.

Here is a video from my visit to Berlin during the 20 year celebration of the fall of the dreaded wall. My dear friend Andrea gave me the deluxe tour!