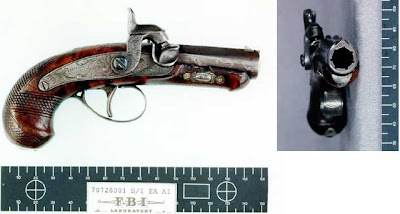 Washington, DC—The most divisive Presidential Administration since the Civil War is in full swing. Barack Obama with his un-vetted, un-elected and un-American group of radicals did everything possible to dismantle our form of government over the past two years. Their goal is to reform America into a Socialist system of government.

The Obama Administration has a serious problem. They were all but neutered by the midterm election that took the steam and momentum away from their destructive efforts. They are now desperate to create a crisis that would somehow restore their lost power.

Tampering with American liberty is Treason. Treason is a capital offense. Americans are angry and have been pushed to the breaking point by cowardly politicians that have amassed taxpayer funded personal security assets in true despot style.

Radical politicians have been destroying the Constitution they’ve taken an oath to defend and protect. These radical were elected in their districts by exploited illiterates that are, ignorant unskilled people dependent on government handouts to survive.

Slavery is wrong and has been outlawed but the Obama Administration and too many in Congress have brought it back with a vengeance. Forcing Americans to incur massive debt for Socialist programs and outright corruption, is slavery by every definition.

Americans have the Second Amendment solution for out-of-control government and this country is at a crossroads. The radical politicians can sign their own death warrants or they can live by their oaths of office. Freedom and Liberty is not up for negotiation in America.

The last election was a clear message to the radicals that their Socialist idea of Hope and Change is not wanted.

These radical politicians have shamelessly exploited and politicized the acts of a lunatic in Tucson who victimized a moderate Congresswoman. They are using it to garner support to muzzle free speech and threaten gun rights. Now these same politicians are expressing fear of violence from the voters. The cure is really simple. If they don’t threaten American’s freedom they won’t find themselves threatened.

It’s truly unfortunate that Jared Lochner picked such an undeserving target for his attack. There are many politicians that were far more worthy of that kind of fate.
Posted by Paul Huebl Crimefile News at 1/11/2011 08:14:00 AM