Illinois, a Suicide by Taxation 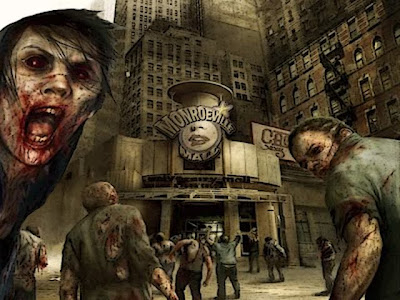 Springfield, IL—When most people become dependent on government as a way of life they become professional welfare zombies. In Illinois the welfare zombies outnumber those self-reliant, productive and taxpaying people. Among these tax money addicted parasites are the specialized criminals that glamorize their lifestyles through political corruption. They are all choking the Land of Lincoln to death.

The personal income tax here shot up 67% overnight with the signature on a bill by Governor Pat Quinn. People forget that Illinois was a state with no income tax until 1969. The greedy government officials became addicted to lavish spending on crap the taxpayers never needed or even wanted.

Illinois has become a sanctuary for illegal aliens that have bankrupted the schools and medical providers. Their underground economy benefits their relatives in Mexico not the taxpayers of Illinois.

The answer here is that business and taxpayers can avoid abject slavery by relocating. The damage will be the total destruction of already depressed the residential and commercial real estate market. Illinois will see a substantial number of taxpayers revolt by simply not declaring income. Somebody tell me what a tax lien is worth on a home or commercial building with an already troubled mortgage and no prospects for resale?


The revenue of Illinois can be counted upon to go way down instead of up. Of course there is the foolhardy notion that that other states can be forced to bail out Illinois. That’s asking for Civil War.

Illinois will simply, shut the state parks, release prisoners, lay of police and fire workers as they default on the pensions of state workers. Later the anarchy begins when the Link cards don’t get recharged. The effect of the tax nightmare will gravely impact local governments with a loss of their taxpayers through mass exodus from a cesspool of crime and hardship.

Illinois will have a problem as the slaves run away in droves. The crooked politicians and welfare zombies will have to wallow in their mess together.
Posted by Paul Huebl Crimefile News at 1/13/2011 07:47:00 AM

Your picture is exactly why I have my M1a and FN-FAL and copious amount of ammo at the ready.

Paul, you talk to a lot of retirees. Are there any decent states that a retiree can go to without worrying if the state will go bankrupt??

I am relocating to Germany.

I better buy another 10k rounds and stock up on fresh MREs.

Phil, What about Vegas?

Prescott, Arizona. They have momma bear weather. Not too hot in summer, not too cold in winter. They have a VA hospital. 90% caucasoid. Lots of retirees like us. Good gun laws. I'm going in the fall.