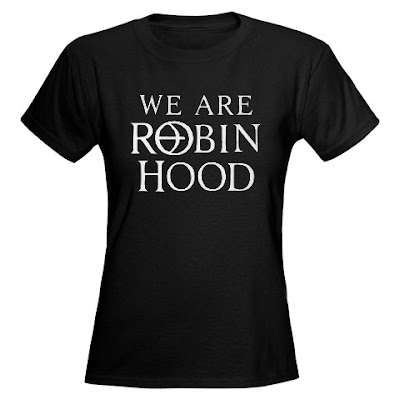 Chicago, IL—This is the new rage among Chicago’s African-American Ghetto Rats. They meet in a large group, enter designer stores on Chicago’s Magnificent Mile and strong-arm the clerks for their merchandise.

Terrorism you say? You bet, but the businesses are not without blame since most of the corporate owners don’t believe in having armed security to protect their employees and customers.

It’s a matter of time until some clerk or customer is murdered of left brain-dead by these hateful opportunists.

The stores rely on security cameras to be their salvation. The cameras are great but without eye-witness testimony the camera is nothing but inadmissible hearsay evidence in our courts. Most people don’t seem to know that. The only hope is police show dumb criminals the videos and they confess thinking the video is somehow absolute proof of their guilt.

The cure for the flash mobs is a strong equally or greater violent response. Strong-arm robbery with multiple offenders or where there is simply a disparity of force can be stopped by deadly force. Yes, you can shoot the thugs in the face.

These flash mobs offer a challenge since they capitalize on the laws we have barring exclusion of protected minorities from businesses, at least until they breach the peace. The stores are compelled to let them in but when they don’t use necessary force to apprehend or stop the thugs only invites them to return to victimize even more.

Chicago police don’t have the manpower or the support of this city’s political leadership to deal with the problem. Too many of Chicago’s Aldermen are as lawless and immoral as the flash mob thugs. They are already equating this crime as “Robin Hood wealth redistribution” taking from the rich to give to the poor.

Today’s Ghetto Rat thugs have cell-phones and great transportation to travel around and commit these kinds of crimes. The businesses can either deal harshly with the thugs or simply go out of business. The quality of life in the Windy City has remarkably fallen as Ghetto Rat tolerance and poor police service has fed on itself.

I only see an increase in this and all forms of Black on White crime in Chicago. I wish I could offer some easy solution but White flight is what follows this in American history. Today the suburbs can no longer be a refuge. Government’s social engineers have sent Chicago’s Ghetto Rats to newly acquired Section Eight housing in virtually every suburb.

The real solution is to stop running and start fighting. Courts, prosecutors and police have to redirect their efforts and resources away from the Drug War and victimless crime. The only real answer is to put thugs in jail for keeps.
Posted by Paul Huebl Crimefile News at 1/24/2011 03:01:00 AM

Sounds like a perfect application of hi-cap pistol rounds.

Going to the government for a solution is worthless. The government created the problem. The States Attys. office is loaded with leftist scum. So is the Judiciary.

It's going to take a lot more than these grab and run type crimes to cause the white people to stand and fight.
Most, if not all whites have been raised (conditioned) to avoid violence at all costs. Violence when used to counter a criminals violent act is not socially acceptable.
I have on many occasions heard the comment that "The answer to violence is not more violence"

Truth is that the ONLY answer to violence is more severe violence. You cannot win by defending. You can only win by attacking.
The liberal coined phrase that you are guilty of retaliation is B.S.
Had there been no attack, there would be no need to retaliate.
I see the beginning of less tolerance for these thugs but it will be a while yet before the law abiding citizens start setting up vigalence committes, but it will happen. When local law enforcement breaks down expect the vigalantes to ride. Many of these black youths want a race war, and if they get it they will learn the meaning of be careful of what you wish for.
Paul in Texas

The boons are relentless, Paul. Prime example is renown gunslinger, Lance Thomas. He killed the thugs repeatedly...and the sob's just kept coming. He closed down the shop and went online, in seclusion.

The strategy needs to keep "them" out perhaps using double doors? Hiring 3 guys with shotguns and a full time cleaning lady doesn't seem solution. With an IQ between 50 & 78...what do you expect from people one generation removed from the jungle?

One reason I no longer shop at TARGET, is because they fired a security guard for apprehending a shoplifter. I reasoned that I became a target (no pun intended), in their store, for any thug who felt like harming/robbing me.

I knew I bought that semi-auto 1919A4 with numerous belts of ammo for some reason.

I knew I bought that duck-bill shot diverter for my M1-S90 for a reason.