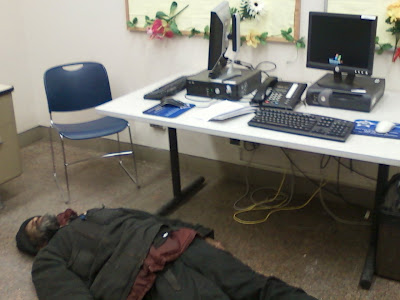 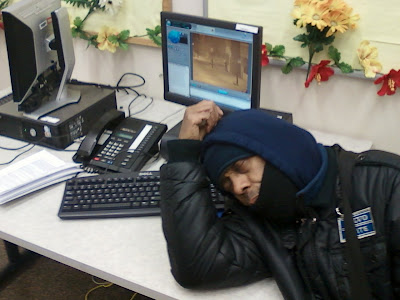 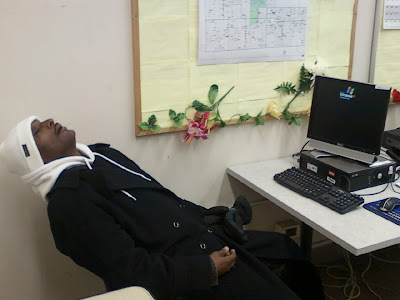 Chicago, IL—At first I was laughing at the Pictures but then I figured I should be crying about them.

Chicago has replaced taxation with extortion as they have bled business and homeowners dry to reward crooked contractors with millions for absolute crap Chicago does not need.

The city has installed surveillance cameras all over, but apparently there’s nobody to watch the monitors. Perhaps that’s not entirely true because some genius in the administration thought the homeless including felons could be put to service watching the monitors.

Remember this is the city that violates the rights of its law abiding citizens to keep and bear arms for needed self-defense. This is in the state that is letting violent criminals out of prison early. This is where the police department is badly undermanned, outgunned and profoundly demoralized.

Seriously? They are supposed to be monitoring the cameras?

I thought this was homeless people just coming in out of the cold - is that not the case then?

This country never had much of a homeless problem until about 1965 when the leftists under LBJ emptied out the mental institutions. It's possible that fewer people are confined to the funny farm today than there were back then. Even with the explosion in drug usage since then. It's all part of the big plan.

Now I've seen everything! Thanks Paul for shinning a light on this bum, tv monitor watching crap! What a waste of money but more, this can become a waste of human life - no bums awake to get help to a citizen in need AND the citizen can't pack a gun to protect himself, even in his own home! Enough of this lousy Chicago political hacks! I hope the voters get rid of all of them, clean house, as surely the next bunch can't be "as" bad as this crop of crooks and dopes!

LEARN FROM HISTORY OR RELIVE IT.

I worked at Rockwell near LAX in the early 80's. I was one of the few Whites working a lathe on graveyard shift. This is how Black guys work, Paul. I know it looks like they're practicing a levitation "Houdini" act, but, no...what you see are men of African heritage putting in an honest days work.

Paul,in 30 years I have never seen such a pathetic circus that this goof,Weis, put in charge.The woman in charge of District 011 allows the people to come in and watch the surveillance cameras.Penny Trahanas,aka Penny Jones,one pathetic excuse of a Police Officer.One pathetic department,will never be fixed.

Perhaps they are trying to follow the example of the UK where community volunteers are commonly used to monitor street crime cameras. However across the pond they prefer to employ public-spirited solid citizens, not the dregs of society.

Its the new Mobile Strike Force!!!

paul shaved get it right 014th out of control or what? white shirts useless or what?