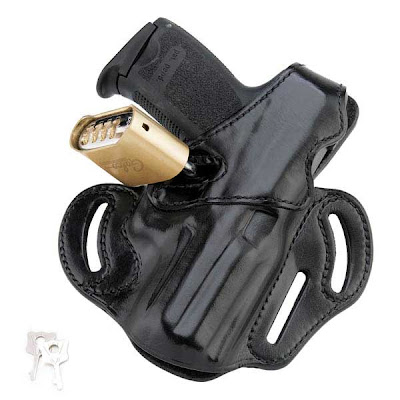 I’m about to expose “classified information” about some internal workings and policies of the Transportation Security Administration. This is being written with the hope that the Flight Deck Officer (FDO) program will be taken away from the TSA and placed where it belongs, under a real law enforcement agency such as the United States Marshall’s Office.

Classifying government information was intended as a way to safeguard vital information from falling into the hands of our enemies. The TSA seems to only classify information to cover up their own ineptitude, ignorance and incompetence.

As a certified law-enforcement firearms trainer I have more than a passing interest in this type of activity, laws and policies.

The FDOs are airline pilots who have been specially screened and trained so they can carry firearms in order to protect the cockpits of their aircraft. Under TSA rules the FDOs are forbidden to take any action outside of the cockpit to protect passengers and crew. Limiting the FDO’s control over their aircraft enables rather than restrict terrorist attacks. Our Pilots are under absolutely insane micromanaging and regulation while terrorists are free to do whatever is necessary to destroy and kill whatever they wish.

The bureaucrats and political hacks of the Federal Aviation Administration (FAA) and the newly formed TSA are not trained as law enforcement officers and are absolutely unqualified to regulate the quasi law-enforcement function of airline security. Despite the serious nature of aviation security these unqualified people have been given absolute control over security by our politicians.

The FAA and TSA bureaucrats have fought tooth & nail any arming of flight crews. They lost that battle but continue to impede the safety of Americans by their obstructionist antics. These schemes included making pilots lug around a 22 pound vault for their side arms. The idea was to make sure the pilots can’t have access to their weapons until they are locked in their cockpits. Only then are the pilots allowed to open the vaults in this very confined space.

The vault requirement was and is bizarre and unworkable. After much criticism the vault requirement was lifted in favor of yet another screwball idea. The padlocked FDO holster was born. That’s right a holster with a combination padlock on it! At this point I have to ask if it’s the right time for mandatory drug testing and psychological examinations of TSA officials.

None of the law enforcement firearms trainers I’ve talked to view this padlock holster as anything more that a hazard to all but terrorists trying to kill and injure Americans. These trainers are baffled to learn of the holster lock and unlock procedures that I won’t disclose here.

The TSA Air Marshalls and the federal law enforcement officers cleared to carry firearms on airliners are trained in the area of weapons retention. The pilots are capable of safely controlling multimillion dollar planes carrying hundreds of passengers, are they incapable of retaining their side arms?

We need to force the TSA and FAA to allow trained FDO’s the ability to carry their side arms in the tried and true manner law enforcement officers have been doing for a very long time. At the same time the obstacles that inhibit pilots from joining the FDO program have to be eliminated. Will we have to wait for yet another senseless tragedy before we fix a problem? One thing for sure, the TSA is the problem here.

Side note: If the terrorists don't have bolt cutters this Youtube offering show just how to defeat the TSA mandated locks...

The TSA has been THE problem since its inception.

Damn Paul, I don't know what to say! You've said it all.

The FFDO program uses the H&K .40 Caliber as shown in the photo. Some Air Marshalls have been given SIG Sauer pistols (P239) chambered in .357 Sig and others the H&K .40s. I suspect that it’s possible that some FFDOs were issued Sig Sauer pistols too.

When the TSA was created there were difficulties getting all the pistols from one provider.

The .357 Sig round is superior to the .40 S&W round but I would have armed both the Marshalls and Pilots with Sig P220 Pistols chambered for the .45 ACP.

The dope who came up woth the pilot padlock holster should be sent to our little Cuban Island getaway with the rest of our enemies.

Agree with you completely. I am a Chicago PD Lieutanat and my brother is a FFDO. Some of the restrictions he has told me about serve only to hinder him. Also the procedure for him to bring the firearm onto the airside identifies him as armed to anyone who is watching the checkpoints.

I can't reveal my identity since I am an active FFDO, but I agree with most of the opinions about the weapon and carriage system foisted upon us by the bureaucratocracy. In the beginning, TSA openly declared they would never create an armed pilot force, and yielded only when directly ordered to by Congress. They set out to create a recruitment, training, and operational climate designed to discourage pilots from volunteering. In the words of a TSA official, "No pilot in his right mind would ever go through this, so if you go through this, you are not in your right mind" --- and therefore will lose your FAA medical certificate and your career. I have nothing but praise for the field-level trainers, but the DC powersuits have been obstructionist from the beginning, from choosing an unnecessarily large, clumsy, and cumbersome sidearm to the most ridiculous carriage system ever devised (one that guarantees incidents like this) to withholding training which would allow us to carry our weapons in a safe and sane manner, to making sure we are easily identifiable as we enter the sterile (secured) airport area, and more which I cannot reveal. One bit of evidence: under the three previous transport/carriage systems, there were no unintentional discharges that I know of. The USAir incident is the fifth unintentional discharge I am aware of using the current locking holster system. Excuses can be made regarding improper usage of the holster and lock, but any system which produces these kind of results is incredibly flawed. I hope it doesn't take a fatality to get this idiocy changed.