Is There Life After Being Fired As A Cop? 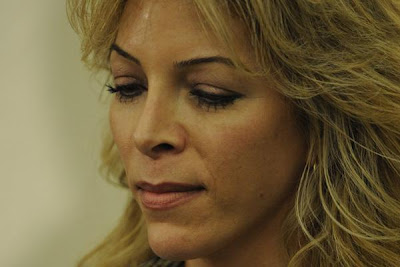 When you’re a cop you can get fired over any allegation. The truth of an allegations is really meaningless in police internal investigations. It boils down to politics, behind the scenes deals, intrigue and even dirty tricks orchestrated by a host of provocateurs. Dubious motives such as making an end run to avoid or get criminal charges dismissed as favors are called in. The world of police discipline and internal investigations is far from perfect as the guilty go unpunished and the innocent and their families are victimized.

Fired Minneapolis Police officer Jeanne Assam suffered the extreme penalty for an offense far less than that committed by former President Bill Clinton. Clinton lied under oath about committing sex acts with Whitehouse Intern, Monica Lewinsky. Assam was fired and disgraced while Clinton went on to collect millions in speaking fees. I guess that does not say much for equality in America.

The incident that cost Assam, a four year police veteran, her job involved a public transit bus driver. She was accused of cursing at him in an act of typical copper’s frustration. Understandable and really minor but she was accused of lying about what was said. The outcome derailed her chosen career. Being fired by a police agency is usually a bar to ever working as a cop again.

Assam moved away, found another life in religion and avoided looking back. She found a home at The New Life Church in Colorado Springs. Assam found employment, shelter and acceptance within her religious community. She was trusted enough to be part of security efforts at this 10,000 member mega-church,

Sunday, Assam distinguished herself beyond her peers in her church security team and even the Minneapolis Police Department. She was way outgunned but managed to use all of her courage and training to stop the deadly assault of Matthew Murray on New Life’s parishioners. There’s no way of knowing just how many lives of men, women and children were saved since Murray carried over 1000 rounds of ammunition.

I only hope that Assam gets all of the financial and professional rewards that we give to our best rock stars and sports heroes. I’d love to see the City of Minneapolis make an official effort to reinstate Assam just because they can do it.

Yes Jeanne you have proven you were always worthy of being a cop and protector in the highest tradition. The citizens of Minneapolis lost a great officer indeed.
Posted by Paul Huebl Crimefile News at 12/11/2007 09:13:00 AM

Paul, you're right, Minneapolis should take her back. But they won't.

I hope she works out her issues and I hope she decides to back into LE. I hope that God shows her the way, like he did on sunday.

Yea Paul, ya hit the nail right on the head. If Chicago Coppers were held to the type of standard she was(swearing at someone), we'd all be on death row.
She did an excellent job,she should be proud; she's too good for the liberal PD that let her go!

I'm a Chicago copper, and I only swore at Joe 42 times tonight. I'm fuckin' improving. This verbal judo really fuckin' works. I've been taking sensitivity training classes at Dugan's on the weekends.

"Yes Jeanne you have proven you were always worthy of being a cop and protector in the highest tradition. The citizens of Minneapolis lost a great officer indeed."
Perhaps Minneapolis lost a cop, but our nation found ourselves a real hero. We as a nation are far richer because of her.

Thanks Minnisota for sucking. I can't imagine a CTA bus driver getting me fired for swearing at him/her. Typical. Anyway it worked out for the best.

Minneapolis did lose a good cop. I would love to have her as my partner. The city must be kicking itself now, as they should. I hope they offer her job back so she can tell them to shove it.

All she has to do now is write a book, have it made into a movie, and she's set for life.

Hey, I KNOW what it's like to be fired for politics. I did NOTHING wrong. Been cleared by Civil Service. Also, the PHD that was hired for his opinion Belser Louie was disciplinled by his licensing board after he admitted guilt. The SALEM (MA) PD USED him for his opinion to get rid of me. Anyone that has been evaluted by him needs to file a complaint.

Don't get me started with "Dr." Belser Louie - the guy is a charlatan and a quack, who cuts corners and does as little as possible in the way of analysis or investigation to get the "job" done . . . I had a similar encounter with him - he listened to what I had to say and accepted my piles of supporting documentation, then wrote an opinion which in no way resembled what I had provided to him (and excluded several key pieces of corroborating data), in order to support the opposing side. I wouldn't recommend using Belser Louie to anyone. Good to see he finally got reprimanded for some of his actions - couldn't have happened to a more likely person.