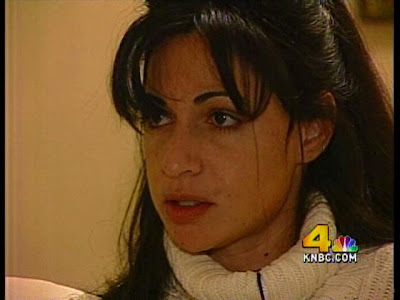 Teter was prepared to be anything but a victim of homicide, rape or other violence. Teter had a loaded handgun available and ready. As Lugo crashed through the front door Teter fled to her back yard. Lugo lunged at Teter and in an instant Lugo was wounded by three gunshots. The attack ended as the profusely bleeding Lugo vaulted the fence fleeing to his mother’s waiting getaway car.

Both Lugo and Brandon were convicted of charges related to the home invasion and are now awaiting sentencing for their crimes.

Nadine Teter is alive today because:
1. She kept a gun and knew how to use it.
2. She overcame her fear and maintained focus on simple survival.
3. She was self-reliant.

Today Nadine Teter has made it clear that she'd like to see law-abiding Californians regain their long lost right to carry firearms for self-defense purposes.

Good for her, bad for him!!

But the gungrabbers would still gladly sacrifice her on the altar of gun confiscation saying she should have called the police. After all....wouldn't the gun that saved her more "likely kill her than someone else?"

I can't wait until the Supreme Court shuts them up for good in the spring.

That's my kind of woman!!!
Glad to see that she survived this.

My parents home was one of the properties he and his mother robbed the week before Ms Tatter shot him, good on her! Unfortunately they stole all that had any sentimental value to us all and ruined our perception of people forever. I hope they both rot!