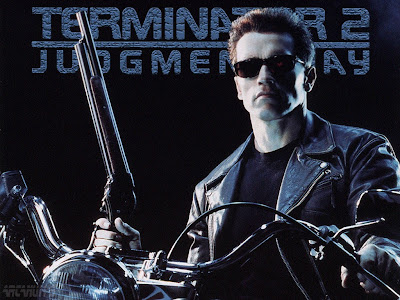 California’s spendthrift politicians including Governor Schwarzenagger figured out a way to save money! Are they cutting some of the billions of dollars worth of services provided to the millions of illegal aliens? Not a chance!

They have agreed to layoff at least 4000 prison workers and simply unleash 20,000 felons on the streets! Of course this is in a state that denies law-abiding citizens the right to protect themselves through unreasonable gun bans.

My question is a simple one, how much are the taxpayers now going to have to spend cleaning up the death and destruction the 20,000 released inmates will bring to us over the next year?

Arnold has been in bed with a Kennedy for far too long, Do you think we’d be better off if the Terminator got himself a Conservative girlfriend on the side like Ann Coulter or Zelda McCorville?
Posted by Paul Huebl Crimefile News at 12/21/2007 05:18:00 AM

I can't believe my eyes! Zelda McCorvill is Paul Heubel in drag!!
WTF!!
Compare the pics and tell me I'm wrong. Paul, you've been in California far too long. You need to come back to Chicago to get your mind right.

Zelda is a great lady! She’s elegant, fashionable and really understands our world. She is the creation of a gifted L.A. TV talk show producer who thinks Zelda has a shot at stardom for her special talents. They have been working on the TV pilot for a couple of weeks now and it’s a riot.

Zelda will get away with saying things a White male would never get away with. Do your best to promote Zelda’s show and sign up to be a Zelda Zombie while it still free.
As for Zelda she hopes to stuff lots of cash in her pantyhose!