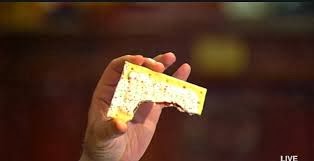 Florence, AZ—Phoenix television stations must be starving for news today.  They sent crews out to Anthem Elementary School in this not so nearby Phoenix suburb.  It is about a one-hour drive each way for TV news crews responding to this “important” story.
Apparently a troubled 8th grader there sent a text suggesting he did not want to live and put out a list of those he was unhappy with.  Without being specific the Florence police officials told reporters that they determined that the message was ambiguous and not a valid threat.
I don’t suggest for a second that the matter should not be investigated.  It was, and there was no crime.  I’m sure this event deserved some legitimate concern for the depressed lad in question.
Whoever called the media to this event was more dangerous than the kid.  More than that, the decision by assignment editors to make a news story out of this garbage is more troubling.
Whoever called the media in on this was obviously some taxpayer-funded attention-whore trying to appear heroic.
Every eighth grader has bad days and people they don’t like.  Yes, they make lists and want the objects of their angst out of their lives.  At that age kids are just learning about what’s acceptable and what is not.  They also want to push the envelope as far as they can.
Here there was never a valid criminal event but making such a mountain out of a molehill sends the wrong message to the kids and the TV news viewers.
Must we be at such a state of siege in our schools that we over-react to things like the child who bit his Pop-Tart into the shape of a pistol?
This is a diverse and divided nation of over 300,000,000 people and there will be killings at schools and all kinds of crimes.   I must ask, is every kid with an emotional meltdown somehow a news story today?
It would be different if a child was injured or there was an attempt at stabbing or shooting.   That certainly was not the case here.
Do news providers serve any purpose by worrying parents everywhere with non-newsworthy events like this one?
Once the news crews investigated and returned to their stations any intent to actually broadcast this story was really ill advised.
Posted by Paul Huebl Crimefile News at 2/07/2014 01:31:00 PM

I have to admit that I did not investigate this story to learn the source that brought the media to the school.

I have since learned that some dope at the school sent letters to the parent’s homes with the students informing them of the situation. Some of the parents panicked creating the crisis by calling the media.

If I had children I’d want to home school them to avoid all the dysfunctional “educators” protected by unions.

Under the circumstanced the media should end the parental panic. They could have done that without actually going to the school.