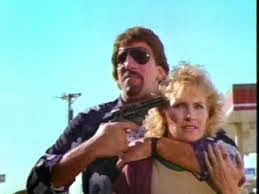 Chicago, IL—Before 1969 divorce was no simple process in most jurisdictions.  The laws were designed to make divorce difficult with the idea that couples could solve their differences and continue to responsibly raise their children.

There had to be specific grounds and the most popular was “extreme cruelty”.
There was abandonment and adultery, however they were much more difficult to prove.  The petitioner had to prove that the marriage had not only failed but was dangerous! Without what we’d today call terroristic threats, a divorce would not be granted.

The lawyers would all tell their clients, “Don’t worry it’s only a formality, just sign here or no divorce.”

If you go to the court clerk’s office and pull random case files they’re all carbon copies of each other.

“The Respondent has repeatedly pulled a handgun on Petitioner threatening to kill her” was written right at the top of nearly every petition!
The respondent in most cases also wanted the divorce and simply failed to appear in court to guarantee the divorce was granted by default.

The petition was always made under oath meaning that in all but an insignificant few cases perjury was committed.

The lawyers and judges all knew the petitions were perjured but they all played along in an exercise of pragmatism.

I have had a few clients over the years ask me to obtain their parents divorce records to satisfy curiosity after they’d hear extreme cruelty was the basis for the divorce.  It would affect how they regarded their fathers.

In a very large percentage of these cases there was never a gun kept in these homes!
Finally in 1969 the no-fault divorce laws swept the nation to end the filing of these outrageous documents.

Thankfully I’m old enough to know how things were done.  I would have to reassure my clients that their fathers were not deranged gunslingers.  Sometimes it was a tough sell because it made a perjurer out of their mothers.

I can’t help but wonder how many divorce filings led to the rejection of security clearances, job rejections or promising romances after various background investigations.
Posted by Paul Huebl Crimefile News at 2/01/2014 02:36:00 PM

I call Major B/S on this one. Please publish the evidence so we all can witness the atrocities of divorce pre 1969. Here's a chance to prove yourself Paul.

Any long time divorce lawyer will verify this. That's the reason you have the no-fault divorce today. I've seen the records first hand in the Cook County clerks office.