George Zimmerman and His Dark Future 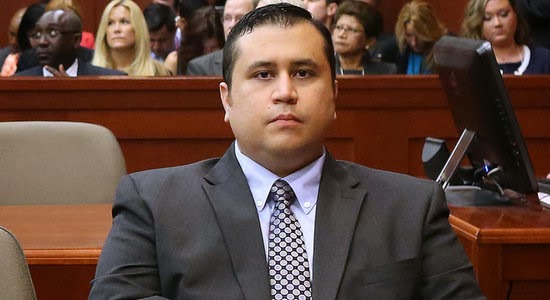 Sanford, FL—We now know that Travon Martin was a drug abusing, burglar and thug doing all the wrong things.  Young Martin selected the wrong person to bully and assault.  That cost Martin his life.
I’m not going to retry the case that acquitted George Zimmerman but the lies from the Martin family, their lawyers, African-American community organizers and the gun rights hating mainstream media fell apart in court.
Now Zimmerman is absolutely broke, shell-shocked and suffering from what he says is Post Traumatic Stress Disorder.
I believe that Zimmerma’s PTSD is associated not with the incident with Martin but by being terrorized by prosecutors, so-called community leaders and media whores.  That vicious assault on Zimmerman clearly left it’s marks.
If Zimmerman is correct that he suffers from PTSD he is in a now category of people that have lost their rights under federal law to possess firearms for life.  He may be able to collect Social Security disability payments.
Zimerman’s life is in a shambles despite his acquittal.  That’s not unusual for self-defense shooting survivors.
Zimmerman rightly says he was made a scapegoat by Barak Obama and his Attorney General.  They shamefully used it to advance their Gun Ban agenda.
Zimmerman says he wants to go to law school.  Having a law license is no guarantee he can make a living practicing law.  He says he wants to help people put in cases such as his own.  Those cases are incredibly rare and making a living on them would be nearly impossible.
I don’t know what next for Zimmerman but his future is bleak.  He once wanted to be a cop but that will never happen now.
Zimmerman is a pariah because the vicious political crusade of an over-zealous and racist special prosecutor.  The prosecutor is protected in a great extent by legal immunity for her malicious actions.
Zimmerman has pending litigation but that will be seriously challenged by public misconceptions.  To be compensated for his losses a jury must find him to be a sympathetic victim.
Zimmerman is paying a hefty price for wanting to get involved protecting his community as an unpaid civilian watchman.

Zimmerman should have stayed in his truck.

He should have never left his home!

I'll protect my property, I'd probably even be dumb enough to walk down one house on either side, but I certainly wouldn't walk around the block looking for trouble.

his other problem was talking after shooting. If he'd just gone home and talked to nobody except his lawyer things would be different now

What other hindsight s can you offer. He thought martin was suspicious, not someone who would sucker punch him. Now that we know martin was an unpredictably violent person willing to assault strangers then yes Zimmerman should have been a lot more scared of martin than he actually was. Good job.

Walking in your neighborhood is that treacherous and you diagnose the problem is walking?

It seems to me that those who have sympathy for what Zimmerman has been through and appreciate that he's a scapegoat should make use of their connections to reach out to him, offer him a job and enough assistance to enable him to get back on his feet to the extent that he's capable of doing so.

In fact, it would be shameful not to. His supporters would deserve to be labeled fair weather friends who lack the strength of their convictions.

The best thing Mr. Zimmerman could do is leave the USSA and start afresh. He'll never have anything in the way of a life here.
I truly feel sorry for him.

Comments by one down loser mentalities here are pathetic. Zimmerman had balls, you whiners have nothing.

Zimmerman should write a book and make a movie. It's gonna make millions.

I sent Z-man more than $200 towards his legal defense.

Why all this judgement of what Zimmerman should have done. None of his actions were illegal. To slip into this post-incident arm-chair quarterback behavior is to cover over the real issue here--the violent behavior of the criminal involved. To fall into the act of judging Zimmerman post-facto is to fall into the media and progressive plot. Zimmerman may have exhibited poor judgement but poor judgement is not a crime. Tackling a man and pounding his head into the concrete is a brutal crime. Let's stop focusing on Zimmerman. He did not nothing wrong according to the law.

The trial is over and I had a feeling Obama and co. would try to ruin his life because they could not put him in prison. I think I will stop carrying my gun, it might be better to be shot or beaten to death than to be found not guilty in this country.

I'm not saying that Z-man did anything illegal, I am simply pointing out that he could have made better decisions. He was 'on the hunt' for someone that he thought might be engaged in criminal activity. While he certainly had every right to go walk down that sidewalk, the smart choice would have been to retreat and wait for police to arrive. Shithead Martin knew Z-man was after him, and wasn't going to be peeking in windows or jimmying any door handles. They were both being hard headed, and one of them paid with his life.

I'm pro 2a and when duty calls, I serve my nation, but I'm no Rambo looking to go shoot some ignorant shithead and risk losing my family, property or freedom.

The assholes who are looking to walk the mag mile with their CCW in hopes of bringing down a Trayvon Martin are a perfect example of what NOT to do. Stay home, or risk losing everything you've got. It's not worth it.

After you shoot and scoot don't forget to stay mute!

I think that it is past time that you left this matter alone entirely. Could you be more wrong?
I do not expect the least bit of sympathy for the young man who was a victim of Zimmerman's insanity. He stalked and murdered a young man he had no business involving himself with. "We don't need you to do that" is a categorical statement that needs no further interpretation. His PTSD, if it is that at all, is well deserved.
Trayvon Martin is dead. All in all, PTSD can be dealt with. See the difference?

Veritas, If even 20% of the lies and propaganda that you have just shared was true Zimmerman would've been convicted of murder and court. You have the version of this events this spread over and over by people with a racist motive.

You really should have watched a testimony at trial which was radically different than what they claimed would be the case. Zimmerman was appropriately acquitted since he did nothing more than defend himself against a thug who was using a sidewalk is a deadly weapon just smash Zimmerman's brains out.

Let's make it very clear Traybon Martin was a thug a burglar and a drug user. He was Mr. tough guy who thought he could beat someone to death. Martin made a bad selection of a person to attack. It cost him his life. Charles Darwin claimed yet another victim.