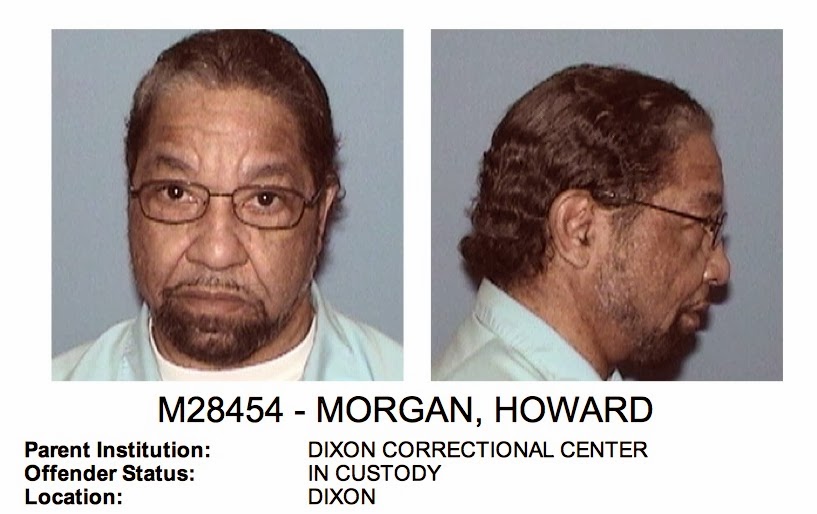 Chicago, IL—In February of 2005 off duty railroad cop Howard Morgan was shot by Chicago police officers at least 25 times.  Somehow Morgan miraculously survived but currently sits convicted in an Illinois prison for many more years than he has left on this earth.
I wrote about this strange case when it happened. There are still many more questions than answers.
Something awful happened during that traffic stop in the Lawndale neighborhood that led to a horrific firefight.
Chicago police officials could not seem to find a motive for their claim of Morgan’s attack on their officers.
The only thing that ever made sense to me was a sudden misunderstanding that provoked the firefight.
I don’t for a second accept the idea Morgan simply went from law-abiding citizen and former Chicago cop, to a railroad policeman and then finally became a mad dog killer.
This case never made sense to me.  It needs to be reinvestigated and I want the job.   I want to do this investigation as a documentary filmmaker.
I will interview the cops, lawyers, and jurors.  I will read the testimony transcripts so I may determine if reasonable doubt existed and if justice was somehow derailed.
We must remember that Morgan should never have to prove innocence, just establish reasonable doubt of his guilt.
This case is racially charged because the officers involved were white and Morgan is an African-American.  I think that race unreasonably over shadowed and tainted the case.
I’m convinced that the African-American community had agitated so much over this case injecting race into their efforts was anything but helpful to Morgan.  It simply hopelessly divided the community.
This case should have been treated as it was, a frightening confrontation at night with an armed off duty cop.  Something went terribly wrong.  Once one officer began to fire shots sympathetic firing began by everyone in the heat of the moment.
Did the cops somehow believe Morgan was a dangerous and armed police impersonator? Back then it was a serious felony for anyone but a sworn officer to carry a firearm.  Whatever Id Morgan may have displayed would not have looked like Chicago police identification.
Had the uniformed Chicago cops ever admitted fearful over-reaction or mistake they’d have been prison bound so they had little choice on how to proceed in an unforgiving world.
More than anything I want to understand Morgan’s elusive motive. That of course assuming he had one.
I’m convinced a well-made documentary film could shed new light on this very troubling case.
I have no intention to crucify the Chicago cops involved and want the audience to hear their side of the story.
I simply don’t believe that race or hate motivated an unprovoked on Morgan either.  I want to answer the nagging question of just what went wrong in those split seconds in the early morning darkness in that high crime neighborhood?
If a new trial is warranted I’d like to see that happen.
My Chicago cop friends will have to accept that I will be fair to everyone.
What I need is the funding to do this documentary film.
Posted by Paul Huebl Crimefile News at 2/04/2014 06:28:00 AM

That was indeed a very troubling case. It was surrounded in racial hatred after the fact. I see it as a shooting that began maybe by one cop accedently firing his gun and the others believed there was a real threat and began firing. I could never make sense out of this.

If it began as an accident it should be a civil court matter. Perhaps an innocent man is behind bars.