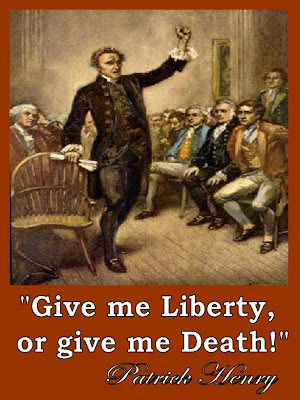 Washington, DC—We are over-populated with the ignorant, the needy and criminals.  Government at every level is over-bloated and cannot be sustained.  Pensions everywhere are bankrupt or will be very soon.
We have taxed the productive people to the point of forcing them to flee a very real form of slavery.  We have become  a police state.  American citizenship has been greatly devalued.
There is little incentive to manufacture products here.  The nation is at a point of despair.   With our massive economic downturn government at every level has grown and become even more oppressive.
Soon you can expect critics of government corruption and mismanagement to be silenced and their words banned as Hate Speech.
Every business we drive away from our shores brings unemployment.  That takes significant numbers of productive people and places them on the dole.  In turn creates more helpless dependents that become too discouraged to ever be productive again.
We’ve allowed or public school system to become a program for day care, complete with free breakfast and lunch.  American teachers have been programed into being uninspiring, pathetic and totally mediocre.   Teachers have been reduced to only being concerned with their unions, tenure and seniority. Our children graduate from high schools as barely functional illiterates.
We have let our politicians turn the Drug War and threat of terrorism into a massive freedom stealing, government jobs program.
We have forced Americans and legal aliens to compete with millions of illegal aliens for work, housing, medical care and government entitlements.  The illegal aliens manage to unlawfully find their way into the voting booths supporting politicians that give them our precious tax money.
We are getting much closer to the society envisioned by the prophetic, film Soylent Green.  Euthanasia, forced abortions along with more enslavement and misery is in our future.
Passports and the ability to leave America will be reserved for the politically connected.   A new, Berlin Wall is in the making.  It’s only a matter of time before our citizens  begin to risk their lives to immigrate to non-Communist nations.  Will we be imprisoned or perhaps shot if we are discovered trying to flee?
The upcoming Presidential election simply is a race between two known Socialists.  No matter who wins, Americans lose.  The two-party political system in America is dead.
Perhaps the only salvation will be for freedom loving Americans to take to arms as our founding fathers knew we would have to some day.  What that means is we will suffer some serious population reduction in the form of yet another horrible human  holocaust.
We can either choose to live as slaves to a Fascist police state or we can re-earn our freedom through massive human sacrifice.  The entrenched Socialists in the Congress and Whitehouse have no intention of simply restoring our Bill of Rights.
Governments are never the solution and always the problem.  Our founding fathers understood this only too well.
If I sound pessimistic it’s because of the fact that what’s past is always prologue.  It is the inherent failing of the human race.   A second and much bloodier Civil War is inevitable in America.

I Hear You! I See iT. It's So iNTENSE.
A Real Live Horror Show. WOW.

I Wonder.... What iF iT turns into a Fairy Tale ending? Somehow, Spiritually, thru Community, and People... Maybe we need Anarchy, in the purest form. Peace, just like Ghandi said.

As well, dollar to collapse in next 6 to 18 months(?) As Obama is re-elected in November, that could be your 6 months.

And let's not forget the 100% ineffective TSA. See 35 TSA agents standing around a security post at O'Hare? Your tax dollars hard at work!

after considering all i think jim gouskos is a classic sociopath that will rip off society again and again with no remorse that is what he does but a least he will not be doing it now because he is in jail he is ultimate con man bernie madoff of uptown the ultimate of pure evil------ you do not realize he is evil --epitome of pure evil if you ever met him he is charming disarming--and will get you into his games of deception and then bleed you so--- society must be protected how to keep him in jail and make him powerless bet he is planning his next thing in jail-------- but when he gets out hold ur breathe when he will do he will be hungry greedy he is a caged animal ready to pounce on anything to rip anyone off -- the pathetic thing he is good in getting pple into ur confidence but a scoundrel and will make u believe anything --- and sad thing he thinks he is a good person that fooled everyone with no remorse and is not bad bad bad ---only thing good about thing had to spend so much on lawyers supposingly has no money but whom knows if any money is hidden knowing jimmy ------and all my antiques if real he stole and put under his name and stole big times claims are in storage ha ha who knows he is so dishonest with 7 priors before got 18 years------1 st parole hearing is in 8-9 years-----he should not get out but the parole board must judge------he fools everyone ------he even ripped off his criminal attorney he has no conscience who he rips off------he will do anything------ what he will do next who knows---- and what the consecquences will be for society--leaves everyone high and dry--ripping off pple is a rush for jimmy lets protect society from him this will be too tempting for jimmy he must rip off ppl-------just ask states attorney--he will be despereate hungry and needy for next big scam what he will do next what scam ??????? who know involvement of his wife anna she had a good life then it came tumbling down and claims she knew nothing hard to believe--sold all his things to raise money pple hve to live within their budget but they didnt even after eviction by sheriffs rented hse in suburbs for thousands beyond what they cld afford---------- left also these honest pple high and dry never knew what hit them ------ no one ever knows esp when he gets u --- that what he does no conscience to met jimmy is someones worst nitemare he will nve improve been doing this as a child everyone gave him a pass so he thinks he is above law------ and can do anything and get away with it this time he did not--he thinks he is wrongily convicted blames it on his partner his partner got 4 yrs he ruined total neighborhood-------left everyone high anddry and left his club kenetic playground in shambles unrented he had it all and lost it so so greedy guess did not realize what cld happen now when he gets out everyone he conned will think he is getting out will nve b able to get 4 million dollar loans with no loan application actually broadway bank made him into a monster------------ 4 million and counting-realtors prompters employees friends family who ever he can lawyers and counting suppliers city of chicago feds irs and pple who dealt with him and empty bldg and counting ------we all pay the price and lose