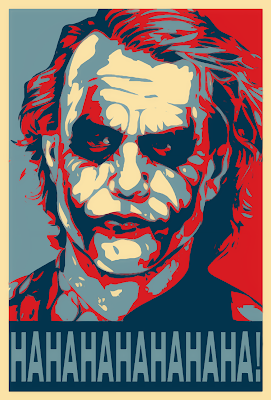 Aurora, CO.--James Holmes was more than a little disturbed.  We are learning that this troubled lad had raised numerous red flags to his mental condition that were ignored.
When a reporter initially contacted the suspect’s mother after the killings, she relayed that she knew her son was behind the massacre.  In the coming weeks we will find out that Holmes’ parents were desperately trying to get mental treatment for their son.
Holmes was a student in Colorado but a lawful resident of California.  That would have made any gun purchases in Colorado a federal felony crime.  The key evidence here was if he was paying his school out of state tuition fees.
When Holmes filled out the required FFL #4473 form for each firearm acquisition, he did not disclose his past mental health history as required.  Had he done so, the transfer would have been automatically denied.
The FBI gun transfer instant background investigation failed to disclose his mental health history.  This is much more about the fight between mental patient privacy vs. public safety needs.  Mental health providers routinely withhold vital information from law enforcement, especially in California.
For authorities to say, “the firearms were purchased legally” was overly broad and way too premature.   It could be said that the dealers transferring the guns followed the law.  That’s just not the same thing.
When Holmes attempted to join a gun club his obvious abnormal behavior was immediately noticed and his membership and dues payments were judiciously declined.
There was no oversight whatsoever of the sale oh his most deadly weapons.   Fortunately they were never successfully deployed.  They were the explosives.  By some miracle Holmes actually warned the police about how he his booby-trapped his apartment.
Explosives are nothing more than a mixture of relatively common chemicals and the connection of a detonation system.  With a little knowhow anyone can obtain and create explosives similar to what destroyed the Oklahoma Federal building.  Frankly there is no way to regulate the sale of bomb-making materials.  Police can only arrest after bombs are assembled and discovered or if a conspiracy to manufacture or use a bomb is somehow exposed.
The true status of the mental state of James Holmes will be made public in open court in the following weeks.  His only viable defense will be based on his inability to appreciate his conduct or to aid his lawyers.  Holmes has been living in a fictional comic book world envisioning himself as the master criminal known as the Joker.
Prosecutors will try and suggest that Holmes is legally sane and will argue the elaborate plans are proof that Holmes is competent.  That will be an uphill battle.
At this juncture I’m convinced that James Holmes will not be standing trial but sent off for decades of rest and relaxation in a secure mental health facility.
As for this incident being the catalyst for revival of gun control efforts I’d say the public just got yet another sad but important education.  There has not been a mass shooting outside of a so-called Gun Free Zone in decades.  The public would much rather have had an armed George Zimmerman sitting in that theater audience than see so many innocents wounded and killed.
Americans have grown desperately tired of being forced to submit to thugs, rapists, robbers and killers without the ability to employ meaningful self-defense.  The false promise and abject failure of Gun Control has been exposed at every level.  We are also leaning that the long time and total civilian gun ban of Mexico has done absolutely nothing to prevent or even slow down the 50,000 murders there just last year.
Update:  The mother of James Holmes explained that some ABC producer quoted her incorrectly.  That makes perfect sense after the accused the killings on a Tea Party member with a similar name.

There seems to be more visual and coverage of this across the pond than in USA. See below.

But already there are others who think that
James Holmes was some kind of Manchurian Candidate since he was involved with Neuroscience and where did he get all the money to buy all the gear and explosives?

and also at Coast to Coast KFI last night

news director Rob Dew joined John B. Wells to discuss the tragic movie theater killing spree in Aurora, Colorado, as well as gun control issues. He reviewed some of the curious details of the incident, noting that suspected shooter and neuroscience PhD dropout James Holmes was on Vicodin at the time, launched his attack perfectly with gun play in the film and, despite receiving unemployment benefits, was able to afford an estimated $20,000 of tactical gear. "We are convinced at this point that this was a staged provocateur operation: either the guy is a mind control subject or he was working with other people," Dew disclosed. The shooter is most likely involved in a government plot, he added. Dew expressed his fear that the tragedy will ultimately be used to attack the Second Amendment, even though he believes a few armed civilians in the audience could have saved the day.

Dew spoke about the United Nations Small Arms Treaty which, in light of this event, may end up further restricting gun rights. He commented on the Fast and Furious gun-running (and grenade) scandal that has armed enemies of the United States and Attorney General Eric Holder's crusade against guns. In cities where draconian gun laws are in place, such as Chicago and New York, killings are rampant, he noted. Dew referred to the confiscation of arms during the Katrina disaster as proof of how easily constitutional rights can be trampled. "If we don't stop them with the second amendment, then all the other amendments don't mean anything," he explained. Dew foresees a day coming when the military will forcibly remove firearms from the populace and intern dissenters in FEMA camps. He encouraged listeners to exercise their second amendment rights and hold politicians accountable for how they vote on the issue.

Anon makes some interesting points. I doubt Holmes was on unemployment, he was a student, and would not have been eligible. his gear costs are another factor, I don't see them costing $20,000. His arsenal could have been assembled for about $3000, and explosives can be made cheap.
Point 3, Vicodin is a pain reliever, and is a mild one at that. It is typically given for things like knee pain or post minor surgery.
As for your points, do we know for sure he was a mentl health patient? that he needed help is clear...Now.
State citizenship in most cases is simply getting a drivers Lic, and showing a utility bill. We have loads of kids attending K=State who are paying out of state, but have a Kansas DL and vote here. Which skews us liberal because most of them are coached by the profs who are uber libtards.
clearly, this kid needs help, the kind that comes in a tube, a tube with spiral grooves, and a scope on top.

This is really a perfect example of the reason for legal Gun Ownership. Rmember, there were Police VERY close to the Theater at massacre time, and the Police Headquarters is only 1/4 mile away, a few blocks at most, yet NONE of them was able to stop the massacre. Lawfully Armed citizens were not allowed entry , as the Theater had a No Guns Policy. As a result, NOBODY, Police, Security, or otherwise, was able to stop even ONE Theater Patron from being shot. Remember this, as in the very near future, the Communists who now run America, will definately use this as an excuse for Gun Control via the U.N. Arms Treaty. It does indeed seem that somehow this event was staged, and timed, a False Flag Operation by the corrupt Government. Wheter that is true or not, the incident is proof positive that the United States needs MORE Legally Armed Citizens, not less. All, some, or even a few patrons of the Theater could still be alive if there were a few Legally Armed Citizens in that theater at the time the Massacre occurred. Think long and hard about that, especially next time you take your family to a large Public gathering. Something VERY Sinister, is going on with America, and someone VERY Sinister is running America also.

James Holmes, the shooter in the false flag incident at Aurora, Colorado, as televised through the propaganda machine, shows exactly what was expected. Holmes was clearly heavily drugged and was incapable of speech. Like Timothy McVeigh and Jared Lee Laughner we will never hear him speak past a few mumblings from his drug induced walking coma.

This is beyond blatant and anyone who cannot see it for what it is, is blind, deaf, and dumb beyond repair. This poor pathetic creature will eventually be put down like the animal his CIA programming has turned him into.


The fact of the intense media coverage and access to the courtroom shows that the propaganda is to be delivered in a different fashion this time around. The Tucson, Arizona false flag of eighteen months ago was a complete failure as it was blatantly obvious that Jared Lee Laughner was being closely handled in the effort to conceal the signs of his brainwashing.

This time around we will get to see the subject at every opportunity, but only in the form of the drug induced zombie he has become and will remain right up until they stick the needle in his arm to administer the lethal injection.

We must call this incident out for the false flag it is and refuse to allow the propagandists to gain any kind of foothold in their push to justify disarming we the people.

God bless the Republic, death to the international corporate mafia, we shall prevail.

Maybe it was a government false flag.