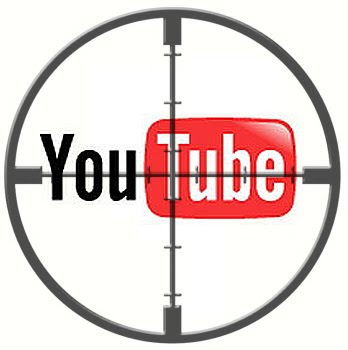 YouTube is not some government agency that must cater to everyone. They have an absolute right to do whatever they please with their wildly popular site.

That being said many news organizations and bloggers use the site to host videos exclusively to run on their own sites. It's easy, free and convenient. It's also at times troubling.

Should a blogger for example acquire some video like the McDonald's beating in Maryland it may well be taken down for its violent content. At the same time there are tons of historical videos shooing executions and Nazi atrocities. Violence is violence and either the revered name of the site or when the video was made is simply not relevant.

For example a Sheriff's surveillance tape showed a suicide of a murder suspect with a .45 automatic in an interrogation room. That tape needs to make the rounds on blogs and news sites that cater to officer safety because nobody properly search that prisoner. More importantly cops could have been easily killed because of the failure. That video was removed and at lease one blogger was shut down over the video.

YouTube must face the fact we live in a very violent world and crimes caught on tape should be left untouched to avoid covering up the these foul deeds. Journalists must be freely allowed to confront public officials with these videos when criminal escape prosecution or should people be arrested when there is no crime. YouTube should leave the news site videos alone.

What YouTube appears to be doing is not providing a forum for people committing crimes on tape as an effort to brag about their savagery. The 12 year-olds hired by YouTube to make the call are just not up to the task.

Many criminals have been identified and prosecuted for their appearance on YouTube and that's a good thing and is sound public policy. Many other criminals have escaped detection because YouTube made a bad call on censorship.

It's not an easy job being politically correct as YouTube strives to be. So they've been inconsistent and sometimes silly in their efforts to police their site. Again it's their site and they have an absolute right to be silly, arbitrary and capricious as they wish.