Is America’s Liberty on the Ropes? 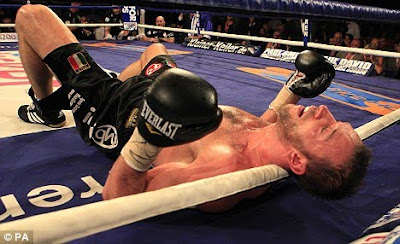 We have all watched our government’s politicians tighten the noose around our necks for the last 40 years. Laws were passed that have taken rights of the accused under the label of “Victim’s Rights”. No rights for victims were ever enhanced through any of these bogus laws.

What has happened is that those accused are obstructed from full defense investigations and those seeking to frame the innocent are enabled. It is easier to frame the accused when witness/victims are allowed to sit in courtrooms to hear all the testimony. That invites and abets perjury.

More laws were passed giving government more ability to snoop through our private affairs. Court decisions have all but gutted our rights to be free from unreasonable searches in our persons, cars and homes.

They told us that airline passenger searching is about combating terrorism but it is as much or more about snooping on airline passenger’s personal business. What you don’t hear about, are the cash seizures being made that assist the IRS. The TSA uncovers 500 minor drug possession cases for everyone involving a so-called weapon. I say so-called since anything is a weapon to the TSA’s way of thinking.

There is a precedent for an American President suspending the Constitution in America. Our “heroic” 16th President, Abraham Lincoln did just that. Lincoln shut down newspapers critical to his administration and incarcerated thousands without bail or trials.

Will a floundering American President and his Socialist supporters follow Lincoln’s lead as a way to force another term or three with an iron fist? I think we must all be on guard because the historic signs are all in place today.

Please stay alert and keep your powder magazines full and dry. I think we will smell a lot of gun smoke in the next few years. This always happens with every government sooner or later. Remember, what’s past is prologue.
Posted by Paul Huebl Crimefile News at 4/04/2011 07:50:00 AM