TV News is Being Hampered By Dead Weight News Readers 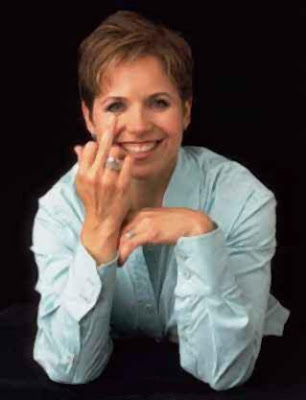 New York, NY—They are called news anchors and they are somehow graded by perceived public trust. They are somewhat pretty people, that simply read teleprompters and rarely gather any news themselves.

Some make as much a $50 million dollars a year for sitting in a makeup chair and next reading, but pretending they’re just talking to the audience. It’s really somewhat phony since the story is written by producers and or reporters in the field and not the anchor.

The real reporters and producers are lucky if they get a little more than $100 K per year to make the prima donnas look good.

The fact is wasting so much money on the anchors guarantees a pathetic news product.

News Managers bend over backwards sending the anchors to major disasters and even war zones to make it look like their stars are somehow in the trenches. It would make so much more sense to better-staff regions where lots of news is made.

They do audience market research with people that have never seen anything except the same cookie cutter, monkey see, monkey do kind of news. That's hardly a comprehensive examination.

I will single out David Gregory, as an anchor that always seems to flounder if he even does a simple politician interview. He’d be better replaced with three reporters professionally diverse in their fields.

I’d do things differently. I’d groom and train cops to do crime and gun control stories, lawyers to cover complex legal issues, pilots for weather and air disasters, doctors or nurses for medical stories, military veterans for military stories. Most media outlets seem to do okay with their choices for entertainment reporters, technology reporters.

I don't believe in the concept of a General Assignment reporter other than for covering school boards and feel-good stories.

When it comes to reporting on political campaigns, Congress, the Whitehouse and government agencies the anchors and reporters all seem to be sleeping with the most Liberal politicians and candidates. They’d never dare for example to put the Obama Birther story to bed with some hard simple questions. The down side of this kind of reporting is that political propaganda has obviously replaced news about our government.

Anchor prima donnas are better kept in the home broadcasting studios as news managers pay educationally diverse professionals to do the heavy lifting out in the field.

I’d love to revamp and direct a local major market TV news operation. You’d see much less of the anchors and more real people reporting the stories. I’d find the right hybrid reporters and get them prime time ready. They may fumble a little, not be as pretty but they’d know their material and provide what news readers cannot, real information.

RT did a story on this subject at least from the angle of network news:

AND people still ask me if I miss being a major market television news reporter.
The only add I have: the total emphasis on Hollywood, Charlie, Britney's panties, etc.
The big difference is, news is now what people want to see not what they should see.
Edward R. Murrow said it best in his 1958 speech to the RTDNA-- check it out.

Mainstream media outlets, with the exception of Fox News, are no longer impartial and objective reporters of the news. They've become cheerleaders for Obama and the "Progressives."

Last year, I wanted to show my support for Fox News, but couldn't find any Fox merchandise that I liked, so I went online and found a company that makes custom license plate frames. For about thirty bucks, I had one made which reads, "Fox News - America's Number One News."

It's a very subtle dig at the many head-in-the-sand liberals out there who are still driving around with their "Obama 08" bumper stickers. More than one of them has pulled alongside me and given me the single-finger salute.

U.S. News Media, for the most part, is owned and operated by the Communist Party. There is no objective and impartial reporting. It is predictably biased, specificaslly designed to control the Sheeple among us, which are many more that most realize.

With the internet currently open to most,with didgital cameras and software.Anyone who want to report can.