Why no article about that verdict against a CPD officer? 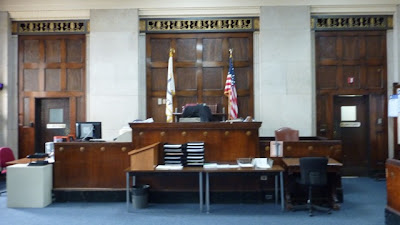 Chicago, IL--The winners of wars write the history books, not the losers. A serious battle was lost here but the fight to clear a good cop continues.

My readers need to know that no assets ever were taken and there was no victim. It's a very grey area of law with no appellate court guidance. I take the position there was never a crime but the fellow in the black robe said otherwise. Reasonable men differ and the officer's convictions are far from final.

The newspaper reports were libelous when the arrest was made. They alleged crimes in the past that were never charged or actually documented.

Have a little patience and wait until this is reviewed before you judge a cop with an otherwise flawless record of service.

I can't comment further in respect to my client who has been suffering extra-judicial punishment for the eight years this case has been dragging on.
Posted by Paul Huebl Crimefile News at 4/22/2011 07:12:00 PM

Can you post the link to the decision? If not, when are you going to come clean Paul :-)

There is no link beyond newspaper articles I suspect every cop in Chicago has read by now.

There are several outstanding defense Motions yet to be filed and when I can post them without damage to my client I will.

This story is different because I'm the defense investigator and I must limit my comments.

I worked with this guy in 13. He was a great cop and a good friend. I know in my heart that he would never do any thing remotley like what he is charged with.
God speed Donny

I knew Donald when he worked in 17. He was always a great guy and a good cop. He don't deserve this.
Go to work and do as little as possible to get your check and go home SAFELY. Alverez is not your friend!!!!

The trial was fixed by a relative who is a Washington lawyer.