Shameful McDonald’s Attack is a Sign of Huge Troubles Ahead. 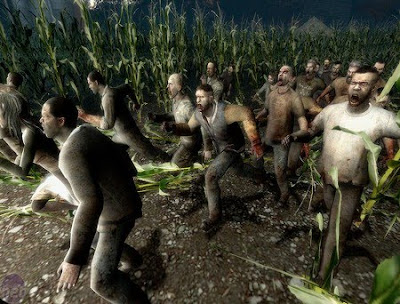 I don’t know just where this disgusting video record of a cowardly assault was made. I’m sure we will learn soon enough.

Aside for the enormous liability that McDonalds Corporation will have to assume for allowing this cowardly beating, police will be rounding up the thugs involved for a long trip through the criminal justice system.

Three Black female thugs beat kick and ripped out the hair of the helpless victim. The woman is kicked while down and beaten into a life threatening seizure.

The McDonald’s employees only offers token assistance to the victim. The time code of the video tape when compared to any 911 calls will show the facilitation, enablement and obvious criminal participation McDonald’s Corporation in the vicious crime. I suspect this event will cause McDonald’s to re-think their security policies and the cost of the Happy Meal will soon meet the new challenges.

There has been an explosion of Black on White crime in recent years that the major media has refused to report.

Anytime there are multiple attackers, victims can justifiably and lawfully use deadly force such as shooting the attackers with firearms. The victim’s don’t have to suffer injuries before they use such force.

The sad truth is most civilized Americans have no experience with personal violence or self-defense and think they can rely on police to stop this.

On television or in the movies the cops always respond immediately as if by magic and justice is always done. That impression has redundantly brainwashed most Americans into providing them with a false sense of security.

Our nation is divided and people are choosing sides for another Civil War. It is the uneducated and unskilled poverty class Welfare Zombies against those who have rejected Socialism in pursuit of the American dream.

Working Americans have supported the Welfare Zombies much too well and the process has simply turned to extortion.

Socialism has been a real form of genocide in America as it has turned millions of Blacks into ignorant thugs that only know cruelty, force and violence. Our prisons are overflowing with them to the point of bursting. The nation’s medical examiners understand this reality only too well.

The real problem is the Socialists in our Congress masquerading as Democrats and Republicans who are Hell bent on destroying our Constitution and form of government. They must be stopped and Civil War looks like it may become the only alternative.

It’s the Socialists within our government that created today’s Great Depression and they must be dealt with for their treason. We need to arrest, try, convict and punish these criminals under the fullest extent of the law.

Well written and spot on, Paul. The "Hate crime" laws are a joke precisely because:

2) if you're white they apply to you almost exclusively

3) if you're white, you're 30 times more likely to be victimized by a black offender, than the other way around.

And with more and more of the 'entitled' minorities upset with not getting 'their fair share' we will continue to see this trend until conceal and carry incidents start to educate the criminals that they should be selective in who they plan on victimizing.

Based on everything I know about the subject, I think the seizure was faked.

FTR, I once used a similar tactic to escape what otherwise might have been a fatal beating at the hands of similar animals.

That said, this is SICKENING, but becoming increasingly commonplace. This is the result of generations of entitlement for "officially-sanctioned victim-groups."

Further, this is just further evidence of why I continue to say "the Second-Amendment is my permit" and will carry despite my fascist state's laws to the contrary.

I admire the courage of the one man who tried to stop it - the rest advising the criminals to run before the cops arrive are -- unfortunately -- typical of the prevailing mindset among certain populations.

I hope the females involved get their just desserts -- and SOON -- before they actually kill someone or ruin *MY* life when I exercise my G*d-given right to defense despite fascist restrictions...

Hold the pickles hold the lettuce,the kaffir horde is gunna get us!!