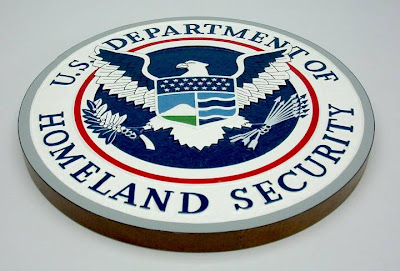 Americans have been fortunate in that law enforcement officers have been selected for the most part through civil service testing that includes mental health screening and background investigations. That is followed by intensive training that includes conflict resolution, law and the Bill of Rights. They are simply trained as peace officers to make peace in our world.

So they can protect us, we actually license our cops to kill, invade private property including dwellings and to forcibly jail suspects under tightly controlled conditions. Accordingly we need cops that are honorable, well balanced and intelligent enough to understand the complicated laws and the Bill of Rights that we live under.

The challenge of any free society is to have cops that serve and protect in the background. We don’t want cops in our bedrooms and personal business. We want friendly cops that we can trust and count upon in an emergency. This sound simple enough but it’s not.

History has taught us redundantly that true democracy style Republics are challenged by despots or would be despots the same things happen. Those criminals seeking power always create new uniformed authority that will bear allegiance to the new regime rather than the nation and its people.

Post World War One Germany had honorable police and a military dedicated to the people. As National Socialism grew they gave local thugs, snappy new brown uniforms and security duties at party functions. They were the SA or Sturmabteilung. That translates to the important sounding title of storm trooper. Their training was marginal at best and geared up for a military style appearance through marching drills and such. Their primary purpose was to keep competing political groups terrorized and away from National Socialist functions.

The German military was made up of honorable men that understood their duties to the people not, temporary politicians. Adolph Hitler knew that his plans would not sit well with these fellows and had to create a new military force to do his dirty work. The SS or Schutzstaffel or protective force was born. Those amazing black uniforms with the death’s head medallion on the cap along with the bright swastika armbands designated these men as Adolph Hitler’s bodyguards.

As the new paramilitary SS grew so did their duties. They were the primary enforcers of the Holocaust. It was the SS that rounded up, transported and secretly murdered millions in Eastern European concentration camps.

The SA and the SS were quickly given absolute police powers, firearms and made a part of the existing German police force.

Needless to say the SS and SA made their own enforcement rules and brought a major blight over a once honorable profession. Law enforcement in Germany became an international and historic shame.

Blind obedience and loyalty to Nazi superiors, along with relentless brutality by SA and SS thugs was always rewarded. The deserving and productive monsters received huge cash gifts along with deeds to beautiful homes, hotels and businesses.

There were members of the German police and military that were privy to the criminal activities of the Nazi Administration that remained loyal to their countrymen. They were the ones that made numerous and daring attempts to kill Hitler to save their nation.

Such a group, was the so-called 20 July 1944 Conspirators. There were as many as 500 men and women who worked with Colonels Henning von Tresckow and Claus Graf Schenk von Stauffenberg to bring an end to Nazi tyranny.

At least 500 German 20 July patriots were taken to scaffolds where they were garishly hanged with piano wire when the plot failed. Most of them were tortured at the Gestapo headquarters at 8 Prinz Albert Strausse in Berlin.

The lesson here is a good one. The standards for selection, hiring, promotion and training of cops must always remain solid. To allow pollution of the ranks of police with political hacks, thugs, thieves and murderers is a travesty that always ends horribly in history.

Don’t let politicians create shadow military and police forces. Don’t let them give police powers to anyone but honorable and well qualified police officers. Don’t ever let government dumb down admission requirements to hire and promote the dregs of our society.

Imagine if they allowed the thugs and assorted misfits the TSA hires to screen baggage at the airports, firearms, police powers and turned them loose on our streets. They know nothing about the Bill of Rights or much of anything except blind obedience to their unqualified administrators. The Obama Administration has big future plans for these TSA creeps.

Here is one would be despot’s plans for a shadow military/police force:

We do have a civilan national security force,its called US Citizens and the Militia.

The Founding Fathers put that militia clause in the Second Amendment so citizens and States could have an armed force to resist a tyrannical federal government.

Because we have an armed citizen militia is exactly why Obama wants a well-armed and funded bunch of thugs at his disposal.

Just before reading this post, I read two news stories. One was about a bicyclist arrested for saying, "Watch what you're doing," to what turned out to be a cop who'd opened his car door into traffic right in front of her. Another was about a cop who shot a dog for barking. I think we're well past the point where we can automatically trust cops.

We have been "dumbing down" police entrance requirements since the 70's. I joined a state police agency in 1978 and scored number 73 out of thousands of applicants. I was fortunate to have been selected though, as there was a push to get more minorities and women. I ended up in a "minorities and women" cadet class and we were treated like crap because of it. Not everyone was a minority or a woman, but we all suffered the wrath. Back then, white males had to score higher than 90 while minorities had to score at 70 or above to be accepted. This abuse continues to this day. We no longer have the best and the brightest but the most politically correct. Stories of rogue cops seem to be more frequent, and I blame it on lowering hiring standards. It's a damn shame.

In response to Anonymous who said, " I think we're all well past the point where we can automatically trust cops."

I wholeheartedly agree since California police can be coerced into lying against an innocent, even resorting to police brutality to intimidate and to continue the coverup, of a wronged person for monetary gain such as, a new job, to keep a job, or a promotion to a higher Judicial office.

In addition Federal Judges Federal Appeal Courts and Magistrates will author ridiculous decisions, to favor California government, but not too often the individual who has been wronged.

so beware - as individuals we are all at the Government's mercy - well past the point of no return.

This sorry state of affairs reminds me "The Stoning of Soraya M." which shows a Court instantly lethal to an individual due to Sharia Law and her corrupt husband ability to intimidate someone to be false witness with the help of a Government Official.

This dynamic operates in the same fashion in Los Angeles, not quite as brutal or instantly as lethal, but the Official corruption and enlistment of police as false witnesses and to secretly commit thuggery, is most certainly in the same vein.

The Stoning of Soraya M. is a blueprint of how sick government join with sick individuals using corruption and Sharia Law law to bully and frame, sacrifice and kill the innocent.

Posted in the British Daily Mail– of police brutality occurring on July 5th 2011.

This is what some California Police and Sheriff’s Deputies are capable of – not all though.

Sadly the father of this man who died is a sheriff deputy.

The Attorney for the City of Fullerton insulted the father by saying his son was not a rocket scientist.

And so the victims of the crime get re-victimized and psychologically abused by this extremely sad & violent system.

More on tyranny in Fullerton...

And now for police hacking people – in Fullerton, California – a more deadly kind of hacking…A video of the father (A sheriff deputy) who lost his son to police brutality at the meeting.