Burning Korans and the First Amendment 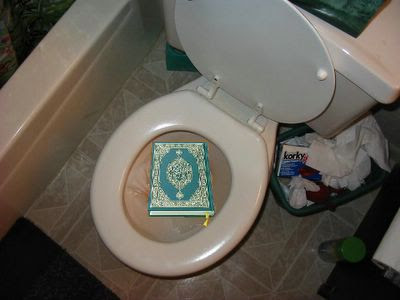 Washington, DC—The attacks are here, on our personal liberty and freedoms. These attacks come, not from enemies abroad but from politicians within our own government.

Okay, some religious leader wants to burn Korans and hold a mock trial of Islam. This only came after repeated wholesale murder and bloodshed by Islamist maniacs.

Now the Islamist murderers have stepped up their world-wide terror and our politicians want to curtail American freedom.

I tolerate Muslims that can behave themselves. Islam has made a poor showing as a religion of peace around the world and because of the actions of some of their believers have terrorized millions. I will never tolerate religious inspired or for that matter any violence against innocent victims from any religion or group.

I will never tolerate any compromise on hard won freedoms in America. Here some of our politicians want curb offensive thought, speech, broadcasting and publishing. These are the same politicians that go out of their way to protect the rights of foreign Muslims we allowed to live in America. These politicians are either traitors or complete fools.

If the offended Muslims don’t like burned Korans, or to see the covered with the excrement of pigs they, need to stop inciting this kind of response with their campaigns of murder.

Americans have the absolute right to hate and insult Islam or anyone all they want without government interference.

Just because I defend the right to hate does not mean that I hate anyone other than someone that would injure, kill or violate our freedom. Hate was criminalized in Nazi Germany. Thousand who publicly professed hate or even dislike for Nazi policy were put to death after being arrested and tried in the courts.
Posted by Paul Huebl Crimefile News at 4/06/2011 08:47:00 AM