My Suggestion for the New Leadership of FOP Lodge 7 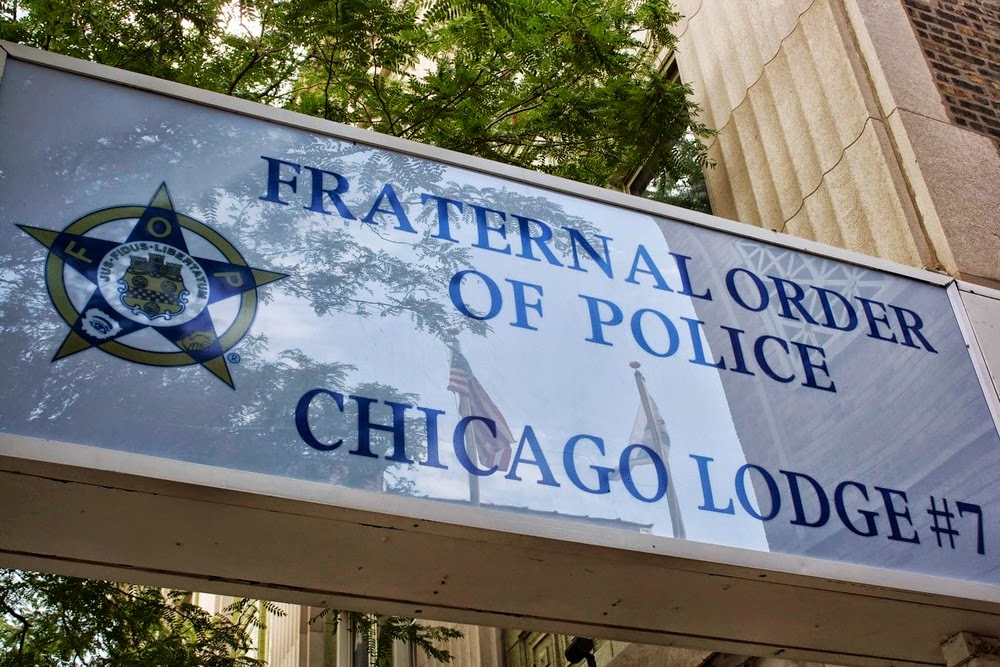 Chicago, IL—FOP Lodge 7 has failed miserably in the past to properly represent the men and women of the Chicago police Department.  The leadership of the FOP has been bedding down with city politicians and a couple of really lame appointed police superintendents. We can only guess what the tradeoffs have been.
The department is rapidly shrinking and the position of police officer grows more dangerous by the hour.  Pension funds have been mismanaged, stolen or otherwise compromised.  Officer’s retirement funding is in grave danger as bankruptcy looms.
The only real source for news about the matters that affect police officers come from bloggers.  The Second City Cop Blog is the primary source of news cops need to know.  The downside is that the some of the blog content creator/s are anonymous.  Publishing the truth about mismanagement, waste and corruption is hazardous to any working officer.
The FOP should take on a role of reporting news to its membership along with the local taxpayers in a very public way.  The FOP should bring transparency to issues such as hiring, promotions and discipline matters that are based almost solely on political clout.
That means hiring a full time investigative multi-media journalist along with a producer/video photographer.  FOP needs to cover all events that involve officer’s lives, safety and careers. There should be no less than five news multimedia stories produced per week.
The FOP reporter needs to call out malicious or deceptive mainstream media reports about police officers.   The reporter can lawfully expose the criminal history of accusers using available public court records.  The reporter can also find and interview anyone with information that will expose the truth.
I’d create a special FOP News website and call it, “Nightly Windy City Police Reports.”  It would contain text, pictures and hard-hitting video reports.
The bloggers need to continue and call out the FOP if they fail to do their jobs.  The FOP can have all the power of a major newspaper or TV news organization.  The two media positions are not one for amateurs or beginners.
I’d hire former WMAQ reporter Amy Jacobson who’s always been very fair and well liked by cops.  I’d let her pick the producer/photographer.   I’d take the producer spot myself if it was offered.  In any event there are plenty of great investigative reporters that can fill this position.
The FOP needs a bare knuckles reporter that understands public records laws and information sources.  That reporter should be trustworthy in order to protect department and any city employee whistle blowers.
The names of the whistle blowers should be given to FOP administration only on a need to know basis.  Actually they don’t have a need to know.
It’s time to bring serious sunshine on the Chicago Police Board. They have inequitably and shamelessly saved or destroyed careers based on clout rather than evidence.  The FOP needs to examine its contract power to force reforms on the Police Board.
The men and women of the Chicago Police Department deserve something other than lip service from the union that claims to represent them.

hocartionsoI agree with a lot of your article except for the use of Amy. I would gladly take her partner John instead, for I think Amy is not pro police. This comes from someone who has dealt with her on 3 occasions on the job. Her latest opinion regarding police pursuits was the icing. She really doesn't comprehend what we go through on a day to day basis. John , on the other hand would be a great choice.

I agree with a lot of your article except for the use of Amy. I would gladly take her partner John instead, for I think Amy is not pro police. This comes from someone who has dealt with her on 3 occasions on the job. Her latest opinion regarding police pursuits was the icing. She really doesn't comprehend what we go through on a day to day basis. John , on the other hand would be a great choice.

I don't know that John is a journalist-writer or more importantly an investigative reporter. I suspect he's got no clue about gathering video and editing. He'd have zero ability or experience to do the job. knowing where and how to obtain public records is very important and I don't think John has ever done that.

Amy has the experience and ability and she's fair. It's not important that it be Amy but that the reporter knows the job an serves the audience that the FOP is trying to reach.

John is a talk radio host first and foremost it's not a slam that he is not suitable because his career took a different direction.

whats needed is a great investigative TV investigative reporter that is acceptable to the membership of the FOP. Amy has never been anti-police. Calling attention to issues of dangers of police chases opens dialog. We just want the street cop's point of view lost in the shuffle like it is now.