My Dear European Friends Have Grave Concerns About Gun Liberty 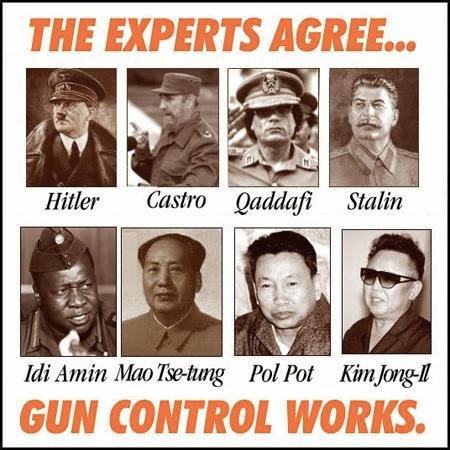 Los Angeles, CA—I have a deep and unending love for Europe especially, Germany, The Netherlands, Austria and of course Switzerland.  The culture, art and elegance of Europe are only matched by their terrific and productive people.
The 18 months I spent in Aschaffenburg, Germany in my youth serving as an Army medical corpsman as part of my compulsory military service was nothing less than pure joy for me.
Many of my European friends don’t understand my position on gun freedom.  Some perhaps think somehow I’m perhaps violent because I own, carry and shoot guns.  For me guns insure that there is less violence at least within my eyesight.   My gun is a tool that serves as deterrence rather than a danger.
As a Chicago cop and as a private investigator my gun has saved many lives including my own.  Criminals for the most part are cowards and they nearly always have ended their assaults, robberies, home invasions and such the second they saw my gun.  I’ve arrested hundreds of criminals for crimes like murder, rape and robbery without violence because I had a gun.
Police are given guns because it has been proven that lives are saved as a result.  If that was not the case they’d all be disarmed.
My European friends must remember their own past to understand the future.  Between 1933-1945 Europe was on fire because of the political ambitions of Fascist and Nazi politicians.  Tens of millions of good people were needlessly killed.   Few families were spared from lost husbands, sons and brothers.  They helplessly watched the destruction of their homes and businesses.  That massive heartbreak and misery today is only a sad memory.
Since the beginning of time the leaders of nations have turned violent against their own populations killing millions.  Politicians are often deadlier that all the criminals in the world.  These are the same politicians that falsely lie to their people promising better public safety through bans on weapons.  Sooner or later every government goes bad.
I shudder as my own presidents Bush and Obama have allowed the tyrannical privacy invasion by our spying as revealed by brave heroes risking all such as Assanage, Snowden and Manning.  Why are we spying on our fellow Americans and European friends without warrants and court orders? We have become a criminal nation that routinely breaks the law!  Why can’t we seem to stop this behavior?
Ambitious politicians like Hitler, Stalin and Mussolini could not survive without first spying upon and disarming the honorable people of their nations.  The more dangerous politicians are, the larger the bodyguard army they must maintain.  Armed honorable people are always very dangerous to criminal politicians.
The amount of murders by common criminals can’t begin to compare to that of politicians.  Politicians always begin with lots of smiles and handshakes.  They make lots of promises of hope, prosperity and peace.  After a trusting population hands them the power too many of them quickly change into tyrants.
This is simply about politicians empowering themselves to simply plunder the property of their own population.  What always follows are informants, secret police, torture and murder under color of law soon replaces Liberty and Freedom.
One European nation has avoided this kind of disaster.  Switzerland has managed to prevent ambitious politicians from gaining too mush power.  A Swiss president for example serves for only a single two-year term.  Political corruption is much more difficult to survive this way.
The Swiss people have the real power.  It’s in the form a fully automatic military rifle and stockpile of ammunition required by law in virtually every home.  Switzerland has a real Minuteman style defense system.  Because of this you have not, nor will ever see masses of Swiss refugees moving about like frightened and starving sheep.
The Swiss stay out of efforts to colonize or otherwise invade other nations.  They’ve become trusted to protect much of the world wealth in their banks.
In recent years the Swiss too have been poisoned with propaganda into ending gun freedom.  This through the lies of the world’s politicians that know guns will control their own rogue behavior.
Every sane, sober and law-abiding man and woman on earth has a duty to train with and bear arms for the safety of their families, community and nation.
Those clever politicians that demand gun bans for “public safety” are always up to no good.  Gun bans are the needed tools of Nazis, Communists and other Fascists.
I believe like the late and very wise, Anne Frank that most all people have good hearts.  We must believe in and trust each other.  If we do that we will never let another tyrant lead us into another government-sponsored bloodbath.
Please think about what I have written here and spread it around.  This is why I believe that plenty of guns in the hands of the well-behaved masses are the best way to insure public safety.
Posted by Paul Huebl Crimefile News at 4/02/2014 11:09:00 AM

I've had similar reactions to friends in Ireland and France. I always point them in the direction of Russia and what happened there.

A group of outsiders, the Bolsheviks came into Russia and created a western-funded revolution resulting in 100m deaths and the theft of probably a trillion dollars in assets in current $ value.

Eventually these Bolsheviks were booted out and some arrived in Mexico wherein they emigrated into the US. Their descendants are now some of the more prominent neo-con members and they have the same design on America as they once had on Russia and China.

Gun control is their first objective and after that will be the deployment of the camps that they have already built.

We all know what happens afterward.

In 2007, the Swiss government removed all ammunition from the homes of the Swiss militia, leaving the rifles.

The most stunning, ironic and hypocritical part of the gun control nuts is how they plan to end gun violence and enforce their gun ban. they want to make it a law -- which is to say, they will send violent men with guns to kidnap or kill any person who refuses to comply.

They are crazy. Their plans are like stopping rape by forcing all women to wear chastity belts -- and those who refuse will be gang raped until they comply.

My Swiss experience was in the early 1980s. Used to marvel at the military rifles floating around on the trains, trams, everywhere.

I always wish one dared question a politician who is pushing gun control: "Why, actually? What have you done, are you doing, or are you going to do that will make good, honest Americans want to shoot you?"

Of course, that would get you arrested.

No, they're not crazy; they know what they're doing. These non-Americans(Rethuglican and Dummiecrat gun-grabbers)know that they cannot rob the American people of everything they own as long as they have the means to protect their property.

Wouldn't it be neat to see some of these gun-grabbing government goons arrested and charged with giving aid and comfort to the foreign enemies of the American Republic. After all, they are making easier for those foreign enemies to invade the continental USA.

NEVER give up your arms...NEVER

I think the only tools a cop should ever be allowed to have is 1. A radio for communication and two his pepper spray as once a gun suspect is sprayed in the face he or she will not be able to see to aim and try to shoot randomly.

Then you can wrestle the gun away from the suspect once they are blinded but be sure not to get yourself blinded too as pepper spray can backfire and has on cops!


High powered guns and even Tasers should be illegal for both citizens and cops which is why you NEVER hear of violent shootings in the UK.

I can guarantee violent crime in America would literally vanish except for the false flag ones.


Knife crimes in the UK however are increasing at an ALARMING rate mostly by foreigners who are coming in by the droves with no immigration control and 75 percent of them are wanted felons from mainland Europe.