Liberals and Conservatives aren’t What They Used to be 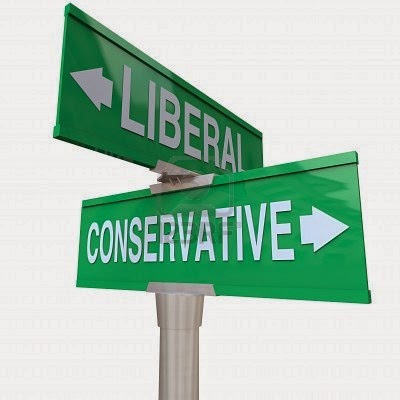 Chicago, IL--I can remember growing up in the Windy City.  The Democrats I was familiar with were the guardians of privacy and liberty.  President John F. Kennedy was a life member of the National Rifle Association.   You could enter any public building or airport without being searched like a criminal.

Back then the so-called Conservatives were the ones complaining about the Liberal Warren Court that struck down most pornography laws.  The court upheld the rights of the accused from being bullied or tricked into making confessions in the infamous Miranda case.
The Warren court also set strict guidelines for cops in search and seizure with the Ohio cases involving Mapp and Terry.  That court would later define a controversial new right to privacy with Roe vs. Wade.  The cops were suddenly ejected from physician’s offices.
I don’t think for a second that that Warren Court would have ever accepted the wholesale destruction of rights protecting us from unreasonable search and seizure.  That court would have reviled against the Drug War and condemned our cops for morphing into anti-drug commandos.
That court would view TSA and their tactics as nothing less than an Orwellian nightmare.  Miranda has been watered down considerably in recent years and much of the liberty we once cherished is long gone.
The Warren Court understood the danger of the death penalty and the freakish way  way it was applied in Furman v. Georgia.  The court nearly removed the power of government to kill its own citizens.  Since we’ve brought the death penalty back with a vengeance.  However hundreds of condemned inmates have been removed from various Death Rows and cleared after exoneration by new DNA evidence.  We will never know how many innocent people have been killed under color of law because of lies and fabricated evidence.
Today it’s only the Libertarians and more Conservative Republicans that support the decisions of the Warren Court.  There is still division about abortion and the death penalty between many Conservatives.  I personally hate the idea of abortion however realize that there are exceptions.
The death penalty is incredibly expensive and ineffective as a crime deterrent.  We’ve learned that too many cops, prosecutors and judges are not trustworthy of the power to kill citizens with premeditation.   It is not that some criminals don’t deserve to die it’s that the mistakes have proven our system is too flawed to determine actual guilt.
The Liberals and Democrats have never missed a chance in the last four decades to demand exceptions to our Bill of Rights curbing virtually every hard won freedom we have.  The Libertarians and Conservatives have taken on the role of Liberty guardians.  My how times have changed.
Democrats conveniently have forgotten how they cherished slavery and that they made every law they could from gun control and segregation laws to further victimize African-Americans.  The Ku Klux Klan was exclusively an organization for Democrats.  They also want to falsely claim Abraham Lincoln as one of their own!

Yup. The disinformantes have managed to turn words upside down.

To Jefferson and those in his era, a liberal was one who believed in the individuals' freedom--in every individual's freedom. A thus classical liberal was not a big friend of government, as Jefferson's many writings indicated.

At that time, a conservative was one who believed the government should have more or less unlimited power to direct and control the lives of the people in its jurisdiction. ...exactly what many of our Founders militated against.

However, the words have been half-flipped.

Now, both parties, and most of what we call conservative and liberal, push a classical conservatism--power to the govt., which means power to the "elite," which... elites were exactly the point of "all men are created equal"--elitism was to die, per that phrase.

Those of us of libertarian bent should be well aware of this and be very careful how we use the words, defining as we go, since most people are completely unaware of this trick that has been deployed against us, where both parties are, classically, far right--and the difference between them is a matter of style and rhetoric... not anything meaningfully substantive.

It's beautiful to see people awakening to this reality. The challenge is how to get the ideas out there that actually work--the "reprogramming" a la freedom and responsibility, that government is not a solution to much but a few items... that at best, a government is a means to collective action within a very, very small framework of activity.