Will Carice van Houten Finely Make the Hollywood “A” List? 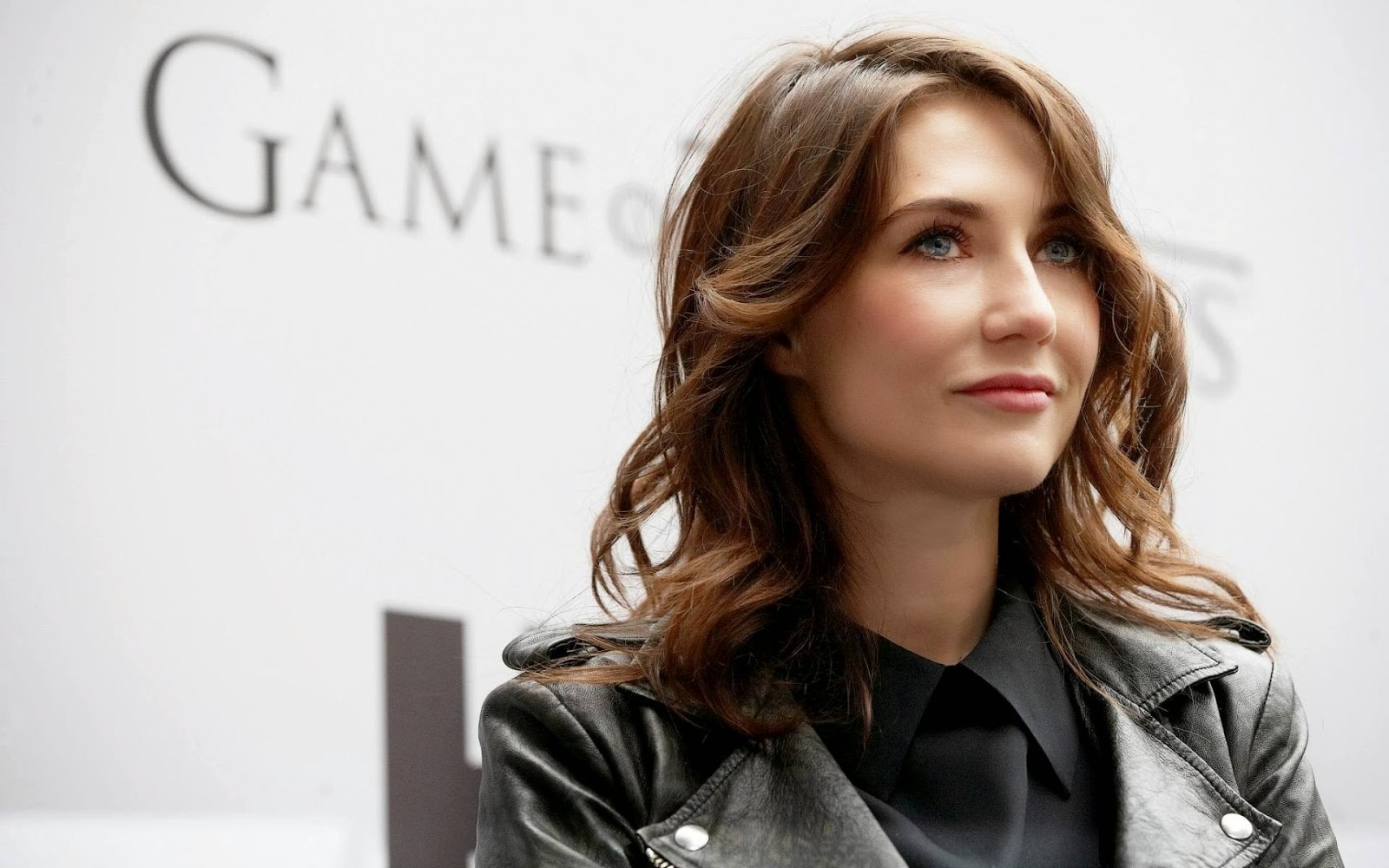 Los Angeles, CA— My favorite film of all times is Paul Verhoeven’s, Black Book.  It’s a subtitled German/Dutch film primarily in the Dutch language that’s based on a true story.  The principal protagonist is a sexy Jewish nightclub singer, Rachel Stein that fled the Nazis in Berlin for the Netherlands during the war.  She somehow winds up in the Dutch Resistance for some incredibly dangerous adventures.  It’s also a love story.
The leading lady playing that character is my absolute favorite actress, Carice van Houten who won this role of a lifetime.  The role required acting in different languages, singing and some dancing.  Van Houten was magnificent.  This was Verhoeven’s best film ever and the entire cast and crew were absolutely awesome.
Van Houten was jaw dropping terrific! There was no emotion she did not absolutely own in this thriller film.  That kind of talent takes years of serious discipline and hard work to develop and master.
As a result of Black Book and other films Van Houten is a huge celebrity in Europe. She also won a coveted role in HBO’s, Game of Thrones playing Melisandre, The Red Witch.  She’s won five Golden Calf Awards in the Netherlands for her acting.  She also has a great music album on iTunes called, See You On The Ice.  Take a listen and you will like it.  I play it in my car as I drive around L.A.
Getting cast in what I’d call hefty roles in American films has eluded van Houten.  She was recently cast as the Female lead in a Blumehouse production’s low budget horror film, Incarnate.  She plays opposite of actor Aaron Eckhart.  The release date for that project has not yet been announced.  Blumehouse Productions has found serious box office success for their films and I certainly won’t miss this one.
This incredibly talented woman slips into L.A. and New York virtually unnoticed.  She quietly gets off planes taking the shuttle to a car rental agency like the rest of us and goes about her business.  She shops, goes to inexpensive L.A. health clubs to work out with little notice.
If I have my way van Houten will have a major star’s entourage and bodyguards!  I want to see this woman on the Oscar Award's Red Carpet where she belongs!
Twice in the last year, van Houten has walked Hollywood’s lesser Red Carpets.  Once for the Third Season Premier of, Game of Thrones.  The last time was at the SAG Awards where Game of Thrones was nominated for an award.
As van Houten walked the Red Carpet alone and the reporters and photographers are clueless as to just who she is without her character’s huge red wig.   Thankfully my friend Frank Fastner from the German TV network RTL spotted van Houten grabbing her for the only interview (She gave it in the German language) that I’m aware she gave.  At least it was exclusive!
Somebody somehow failed to send an advance publicist on van Houten’s behalf to prepare for the press gauntlet.  This is routinely done for lesser known stars so when they arrive so the media members could ask her the right questions and give them proper face time on the entertainment shows.  Instead of seriously needed interviews van Houten had to settle for a few pictures.
Van Houten is represented by Tracy Brennan at the powerhouse, Creative Artist’s Agency and has a wonderful manager in Amsterdam, Janey van Ierland.   CAA should do better for van Houten before their competition snatches this major talent away from them.
Frankly I’m disappointed that this talented lady is not put up for the kind of roles we see given to Cate Blanchet or Sandra Bullock.  In case you were wondering van Houten’s English is flawless and when she’s acting she masks her accent really well.
I hope that on van Houten’s next trip to L.A. she will find the time to do a video interview with me for my blog.  I want my visitors to love her talent like I do.  More importantly I want every film producer, director and casing director to know that she really rocks!
If you’ve not seen Black Book, you must!  Here is the trailer:

DAMN, Paul....... after watching that trailer, I'm going to have to take a cold shower. Hot stuff!!! I think you have been keeping this quiet so you can be in the inner circle of Carice and her upcoming activity. Going to have to buy Black Book on DVD for further research.

Wow! Wow'd I ever miss Black Book? What a great film and Carice was fantastic! Than's for sharing this.
I downloaded SEE YOU ON THE ICE and will be paling this. What van I say I fell in love with Carice! Wow!