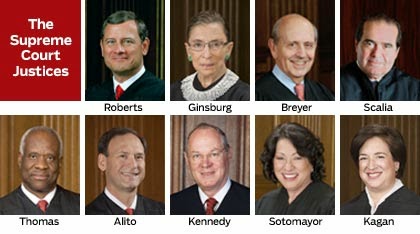 Chicago, IL—The United States Supreme Court has sent Liberals to their therapists in a panic.  The court made a significant ruling that voids some campaign finance laws that limit contributions to specific amounts.

One Liberal friend of mine proclaimed that our nation is suddenly ruined as a result.  Wait a second!  These outrageous and unconstitutional laws did not come about until 1971!  Our nation seemed to be doing fine without them until the Progressives put them on our books.  Sadly it took over four decades to strike some of these laws.
Most of our crooked politicians found loopholes or simply laundered money to get around the money limits.  The law seemed to benefit political scoundrels more than anyone!
Free speech is just that.  Nazi. Communists,  Fascists and Progressives will always demand exceptions that limit speech as well as every other liberty.  They first attacked talk radio.  Today’s the Internet freedom has caused that Communist infiltrator in our Whitehouse to hand over control of it to foreign bodies controlled by his Commie friends.
With free speech all politicians have a level playing field and popularity rules because people can support the candidates they support as much as they want.
Long live free speech!
Posted by Paul Huebl Crimefile News at 4/03/2014 10:39:00 AM

The Democrats are really whining like injured dogs over this but they’re not the only ones who supported these caps. John McCain has always been a big supporter of these things and it has never been about making elections fair and everything to do hobbling honest politicians.

The most common way to circumnavigate contribution caps is called “bundling”. That’s when I a person simply gives a candidate as much money as they want under different names. Yes that’s illegal too but people are never prosecuted for it unless they’re on the president’s enemy list (such as Dinesh D'Souza). In fact our president has been quite open about his appreciation for “bundlers” and has rewarded them handsomely with jobs and favors. 80% of the green energy grants handed out by the Department of Energy in the last few years have been to the president’s bundlers.

Bundlers are more then just people who throw parties and collect contributions for candidates. That is what they would have you believe.