Government Buildings, Security and We The People 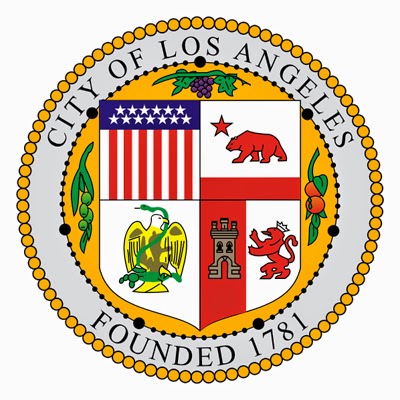 Los Angeles, CA—The L.A. City Council is considering massive security changes at all LAPD facilities.
This follows an April 7, 2014 shooting inside the lobby of LAPD's West Traffic Division.  Daniel Yealu, 29, who was rejected as a police recruit entered the station with a handgun opening fire on two officers assigned to desk duty.  The officers returned fire, striking Yealu critically injuring him.
One officer was shot seven times but survived and was quickly discharged from the hospital and is expected to make a full recovery.
Now it’s a sure thing what changes will be made.  Expensive redesign and reconstruction of police facilities further separating citizens from government are the only things politicians will consider.
Of course those seeking to harm cops do so on our streets every day.  Unfortunately those attacks will continue as long as the human race exists.
The L.A. City Council members are themselves a bunch of candy asses.  They set up a frisk, demean and humiliate system for we the people doing simple business with the city.   Apparently these pathetic politicians feel that they are at risk and deserve more than the armed police officers that were already in place protecting them.
These very same politicians demand that convenience store clerks, taxi drivers and pizza delivery people stay unarmed and helpless.
Our Constitution does not and cannot provide absolute safety for anybody.  Despite every possible precaution there are deadly weapons and murders in every maximum-security prison in the world.  Life has risks that we all must accept.
Politicians, appointed bureaucrats and government agents deserve no more security than anyone else.  Of course they don’t see it that way.
I guess our politicians think they deserve the royal treatment.  It’s only a matter of time before we have food tasters to screen whatever these pompous jerks eat for poison.
This frisk, demean and humiliate system began in the 1970’s in response to a few violent incidents in the 1960’s.  Many of the ringleaders behind those violent and deadly acts are today revered icons of America’s political Left Wing like Angelia Davis and Bill Ayers.
We survived a Civil War, World War I and World War II without suspending the Fourth Amendment to our Bill of Rights.  Nothing has changed except non-stop, escalating government tyranny and extortionate taxation.
We cannot apply for Social Security benefits, a passport, serve on jury duty or contest a parking ticket without the frisk, demean and humiliate treatment from government tyrants.
Why do our politicians deserve more protection than convenience store clerks?  Today politicians envision themselves as Hollywood A-List members needing bodyguards, an entourage complete with paparazzi photographers.
The adoring major media players and star-struck reporters sensationalize our politician’s political profiles as personal PR agents rather than providing legitimate news.
We’ve become a very sorry state of, Us and Them.  Our politicians have removed themselves from we the people.  This was the beginning of the fall of the United States of America and the Freedom and Liberty that this nation used to represent.
We’ve become a surveillance society and police state that George Orwell so accurately predicted.   I see no hope for our children.
Our politicians are completely saturated with a culture of corruption and entitlement. It's our fault since they have the absolute power we gave them.
Our politicians will never scale back their massive control voluntarily.  A violent revolution to return the United States back to its Constitution and Bill of Rights is the only solution.
Either productive Americans can violently fight for freedom or pack their refugee bags and head to liberty somewhere else.

Announced today in the City of Chicago by Rham Emanuel: Barack Hussein Obama High School to be built on the near north side.

You really can't make this stuff up.

As a retired ISP officer who worked in Cook County my whole career, I have been in many CPD stations and was always amazed at the lack of security at the front desk areas. Anyone could walk in and start shooting and murder any number of hard working cops who usually have their heads down looking at reports or a computer screen. When my ISP District had the headquarters on the south side of Chicago at 83rd & King Drive we had our desk behind bullet proof glass and employees used a code to open the door. At least this way you could work without having to worry that someone was going to walk in and start shooting. The police are symbols of authority and as such, are targets for all the nutjobs out there. They deserve to have a secure station. I see nothing wrong with this. Even back in the day when I was an Army MP in Germany, our desk was raised up about 6 feet so you were always looking down on anyone who came in. There were mirrors on the opposite wall that allowed you to see behind the people standing at the desk, and there was a 45 caliber pistol in a holster mounted to the side of the desk. Even that was much safer than any CPD station which is pretty sad.

You can make architectural changes that do not prevent personal contact between the citizens and the police officers that they come seeking to help them. Frankly most open police stations are safer than convenience stores and even Donop shops.

I've read your blog for many years now but don't recall what district you were assigned to. Have you ever been to the 5th district on the far south side? The open desk area is a joke. Homeless people all over the lobby, no restricted access up the stairs or behind the desk to the lockup area unless one of the desk officers happens to see someone and stops them. A police station is unlike a Dunkin Donuts in that customers can access the public area but are theoretically restricted from going behind the counter or in back. While I agree that employees of such places should be able to defend themselves with concealed carry, the police are always a target and should have a secure facility to work from. Even a raised desk with a bullet proof surround would be better than what is now available in most CPD districts.

I was in 012 where the desk was wide open but it wasn't turned into what Richard J. Daley's worthless son created.