Kathleen, You’re Already Gone and We Hardly Knew Ya! 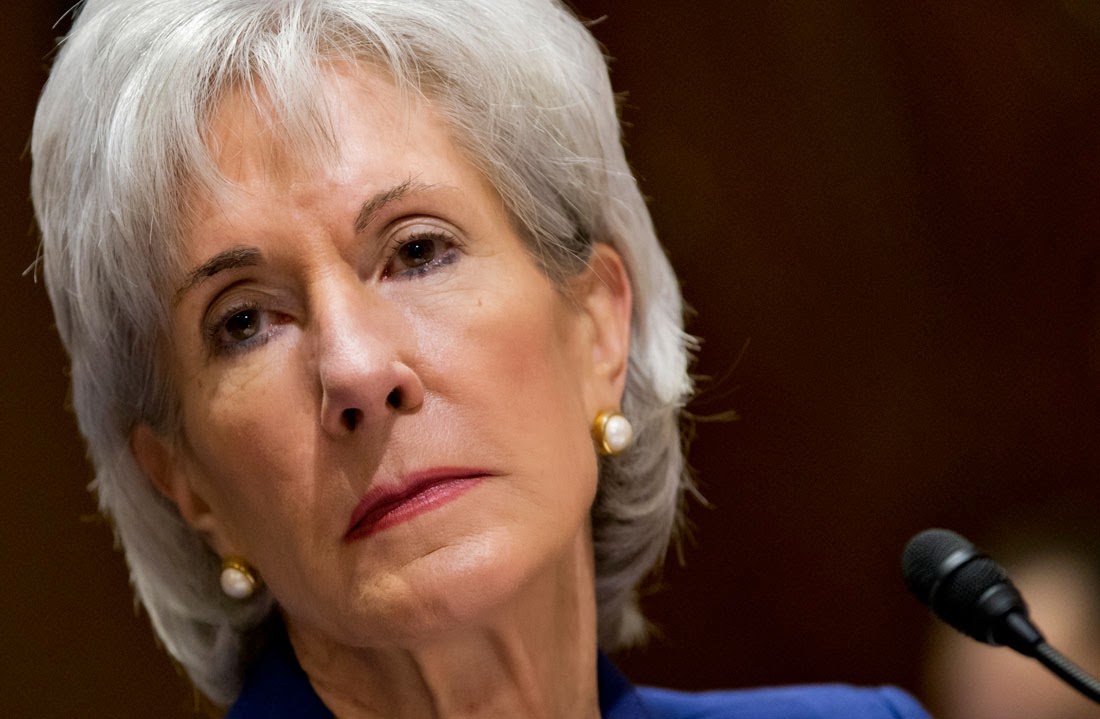 Washington, DC—Kathleen Sebelius, the Director of Health and Human Services is now in route to the failed Government Bureaucrat Cemetery.  She was given an impossible mission to be the skipper of a ship that was doomed before it began.   She was at the epicenter of the largest financial fraud in human history.

Obamacare is nothing more than a vast criminal conspiracy between a bunch of corrupt Marxists pals of Barack Obama that met secretly behind closed doors.  There was nothing transparent about it and few if any members of Congress ever attempted to read the monster before they voted for it.
The cost was in the trillions of dollars. The real crime is that it’s lived up to none of Obama’s hype and deceitful promises.  Millions that were adequately insured, lost the policies they had and were forced to pay more for something they did not need or want.
Obamacare has loads of time bombs and land mines that seem to be exploding every day.   One unexpected surprise was the millions of inmates in various state prisons.  They had in place state run healthcare for these felons.  Now state correctional health systems are dismantling because they are enrolling their prisoners in Obamacare.  That new burden alone has incredibly massive cost implications for the entire program.
Promotion for Obamacare and the related Internet Armageddon website has cost billions more.
They claim Seven million Obamacare signups before the so-called deadline.  That’s really insignificant when we all know there are 300,000,000 Americans.  How’s that in anyway considered more than a massive failure?
Imagine if instead of wasting all that money they reversed the last 50 years of massive tax increases to employers for keeping people employed?  Everyone would be employed and be covered by traditional insurance.  There would be millions of new taxpayers in the process.
Kathleen, you’re now a marked pariah for eternity.  As Obamacare implodes and our nation suffers as a result you will forever be remembered as the face of this plague.
Posted by Paul Huebl Crimefile News at 4/10/2014 04:47:00 PM

As a Republican, I am at least comforted to know that not one Republican voted for this monstrosity. I truly believe that Obama rammed this down our throat as a way to destroy our economy, and he is following the Cloward Piven strategy to the letter. "This strategy called for overloading the U.S. public welfare system in order to precipitate a crisis that would lead to a replacement of the welfare system with a national system of "a guaranteed annual income and thus an end to poverty". If the Repubs don't keep the house and take over the Senate and the White House then our country will very soon cease to exist as we know it.